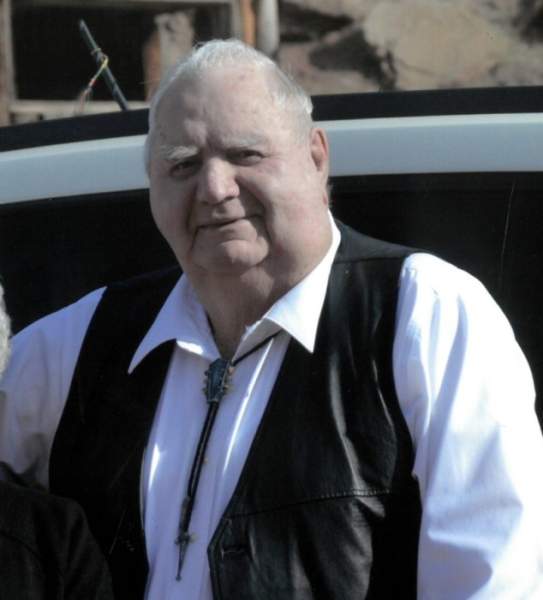 Leonard LaMar Farnsworth, age 86, of Gusher, passed away on August 20, 2019 at his home, after a long illness.

He was born May 13, 1933 in Gusher, Utah to Leonard M and Clara Iceline Hendershot Farnsworth.  He married Bonnie McKennon, they later divorced. He married Kay Johnson on May 13, 1958 in Vernal. They were sealed in the Provo Utah Temple on July 5, 1975.
LaMar served in the military during the Korean war as part of the 6th infantry division. During this time he met his long time friend, Bernard Woollard.
He worked very hard and had many jobs during his lifetime. He was skilled as a heavy equipment operator and helped to build many roads, reservoirs and dams in the Uintah Basin. He also worked in the Gilsonite mine, built fence, and could fix almost anything. The job he loved most was working in the mountains cutting timber, firewood and poles, often accompanied by his grandsons who credit him for teaching them to be hard workers.
LaMar loved music, and played with several musical groups, including his close friends, Wes Ercanbrack and Frank Reynolds. His most recent group was LaMar and Company. He has volunteered countless hours during the past 40 years, sharing his musical talents at care centers, senior facilities and community events, which brought much joy into his life as well as those he sang and played for. He taught himself to play guitar, mandolin and harmonica. He never learned to read music, but could play almost anything after hearing it.
He has had several callings in the Church of Jesus Christ of Latter-day Saints, which include, Elders Quorum President, member of the Sunday School Presidency,  President of the High Priest Quorum and as a temple worker at the Vernal Utah Temple.
His family was the pride and joy of his life.
He is survived by his wife, Kay Farnsworth, children, Steven (Sue) Farnsworth, Danny (Christy) Farnsworth, Kenneth (Kristine) Farnsworth, Leslie (Monica) Farnsworth, Ellen (Bart) Mecham, Lori (Mike) Scoresby, Lisa (Dean) Carter, Beverly (Marc) Wright, daughter-in-law, Nicole (Daniel) Cruth, 28 grandchildren, and 49 great grandchildren.
He was preceded in death by his infant son, from his first marriage, Brad Lee Farnsworth, and son, William Lee Farnsworth, his parents, siblings, Gene, Lynn and Ronald Farnsworth, Naomi Jacob and Stella Clark.
He was dearly loved and will be greatly missed.
Funeral services will be held on Saturday, August 24, 2019 at 11:00 a.m. at the Lapoint Chapel of the Church of Jesus Christ of Latter-day Saints. Viewings will be held on Friday evening at the Hullinger Mortuary from 6:00 - 8:00 p.m. and Saturday at the church from 10:00 - 10:45 a.m.
Burial in the Gusher Cemetery with military honors presented by the Utah National Guard, Roosevelt American Legion and the Patriot Guard Riders.

To order memorial trees or send flowers to the family in memory of LaMar Farnsworth, please visit our flower store.