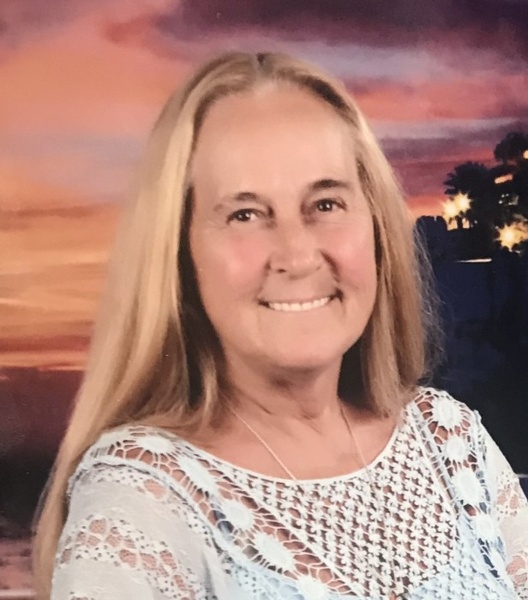 Kathleen Therese “Kitty” Conover, age 58, of Roosevelt, passed away January 1, 2019, at her home after a valiant battle with cancer.
She was born October 14, 1960, in LaGrange, Illinois, to Mario Angel “Pops” and Carol Anne Higgins Croce.  She married Clifford Thomas Conover on December 12, 1998, in Laughlin, Nevada.
Kitty was a kind and giving woman who treated everyone like family.  She was the owner and operator of Kody’s Café.  Her favorite holiday was Christmas, and the day after Christmas she started buying presents for the next year.  These items were kept in her “Christmas Room” where she would often take from to give to those in need.  She enjoyed shooting pool and watching Kody play golf wherever that took them.   Her family was the most important thing to her, and her kids and grandson were her #1 priority.
Kitty is survived by her husband, Cliff, of Roosevelt; sons, AJ Croce (Dawn Brady), Garnerville, Nevada; Kody Conover, Roosevelt; grandson, Kai Croce; a nephew whom she was raising, Jordan Bernard; parents, Mario “Pops” & Carol Croce, Roosevelt; sister, Anita Kelly, Roosevelt; brother, Mario Croce (Jodie Beaver), Cathedral City, California; and nieces and nephews.
She was preceded in death by sisters, Suzie DeMichelle and DeeDee Bernard.
A memorial service will be held on Saturday, January 19, 2019, at 11:00 a.m. at the Roosevelt Baptist Church.
Cremation arrangements handled by the Hullinger Mortuary.

To order memorial trees or send flowers to the family in memory of Kitty Conover, please visit our flower store.