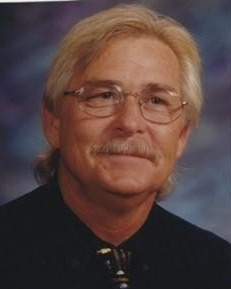 Kim Warden Olsen passed away at home September 9, 2022 at the age of 68 surrounded by his loving family.
Kim was born April 2, 1954 in Roosevelt, Utah to Beverly Louise and Warden Clifford Olsen.  He married Julene Johnson on March 21, 1975.
Kim served the people and community for 13 years as an officer/detective with the Roosevelt City Police Department.  Once his time with the police department had concluded, he worked with At Risk children for the Duchesne County School District. Throughout his life Kim enjoyed being in service to those around him.
His greatest accomplishments were his marriage to his wife of 47 years and his three children, Tony (Cynthia) Olsen, Jennifer (Steven) Ford and Kasandra (Ray) Lemieux.  He was also blessed with four grandchildren who he loved dearly: Gracie Olsen, TJ Olsen, Summer Ford and Violet Ford.
Kim spent many hours on his “walkabout’s” where he would search for arrowheads and would often bring home unique rocks for his collection. He was rarely seen without an iced tea in his hand and 70’s classic rock playing on his headphones.
Kim endured many years of suffering due to multiple health problems which resulted in the closing of this chapter of his life and enabled him to move on to the next.  Despite all of these struggles, Kim always maintained a positive attitude and had a smile on his face and a joke to share.  His concern for others was always the foremost thought in his mind.  His last words before he was no longer able to communicate were concern for his beloved wife.
While we didn’t get the number of years we wanted, the years we had were filled with laughter and loving memories.  He will be very missed by all.
Funeral services will be held on Wednesday, September 14, 2022 at 12:00 p.m. at the Hullinger Mortuary.  Viewings will be held on Tuesday evening from 6:00 - 8:00 p.m. and Wednesday from 11:00 - 11:45 a.m.  As per Kim’s request, he will be cremated and there will be no graveside services.

To order memorial trees or send flowers to the family in memory of Kim Warden Olsen, please visit our flower store.