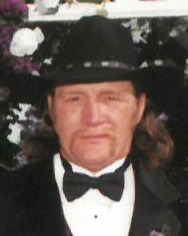 Kevin Wright Killian, age 68, of Roosevelt, passed away December 25, 2022, at the Uintah Basin Sr. Villa.
He was born February 4, 1954, in Duchesne, to Van Wright and Lela Bernice Bailey Killian.  He served in the US Army during the Vietnam War and was stationed in Germany.
Kevin was quite the character and had a big heart.  He would help anyone and always had lots of friends wherever he went.  He was a good story teller, was very intelligent, and could fix just about anything – often fabricating the part to fix whatever it was.  He worked at Killian’s Service Station in Duchesne, family farms and cattle operations.
He is survived by his siblings, Kalvin (Tammy) Killian, Roosevelt; Kathy (Bryce) Blanchard, Duchesne; and several nieces and nephews.
He was preceded in death by his parents and his brother, Kenneth Killian.
Graveside services will be held on Wednesday, December 28, 2022, at 12:00 noon at the Bridgeland Cemetery with military honors provided by the Roosevelt American Legion and the Patriot Guard Riders.

To order memorial trees or send flowers to the family in memory of Kevin Wright Killian, please visit our flower store.