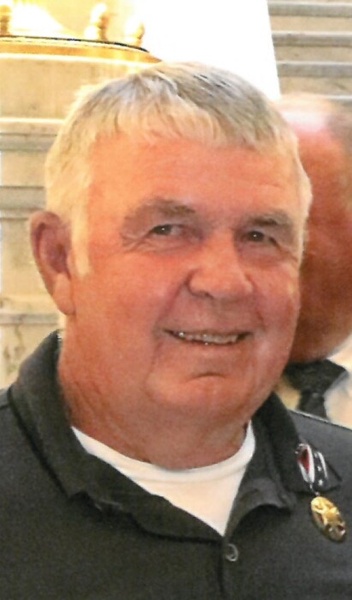 Kenneth Dee “Pete” Pickup, age 75, of Vernal, formerly of Randlett,  was never one to back away from an adversary.  Unfortunately, on January 9, 2021, he succumbed to a long and hard-fought battle with cancer and returned to the loving arms of his family and Father in Heaven.
He was born on June 28, 1945, in a small cabin just North of the Uintah River in Randlett to Wayne and Donna Brough Pickup. After graduating high school in 1963, he enlisted in the United States Marine Corps at the age of eighteen and served a full tour in the Vietnam War.  Upon his honorable discharge, he returned to his home on his parent's ranch in Randlett. He first went to work as a cowboy for the Ute Tribe Cattle Enterprise.
In 1971, he graduated from the Bureau of Indian Affairs police academy in Roswell, New Mexico. He began his law enforcement career as a Bureau of Indian Affairs officer serving the Ute Tribe on the Uintah & Ouray Reservation. He loved this position and fondly spoke of his fellow officers during his years with the BIA and his friends in the Ute Indian Tribe. He truly had a great love and respect for all of his fellow peace officers.
In 1972, Pete married Joan Blanchard and began to raise their family. Later in 1978, due to his growing family's demands, Pete left the Ute Tribe and continued his career with the Uintah County Sheriff's department, from which he retired in 1997.  He then worked as a private investigator for The National Institute of Discovery Science until the early 2000s. Finally, he ended where he began: as a Brand Inspector for the Ute Tribe.
Throughout his law enforcement career, Pete also owned and operated his cattle ranch in Randlett. He enjoyed being outside, working with his livestock, building fences, harvesting hay, irrigating his alfalfa fields, and cursing Russian Olives. His hobbies were hunting, fishing, and spending time teasing his grandchildren at the Sunday fire pit parties.  He is loved by his expanded friends and family and will be missed greatly.
Pete leaves behind his wife Joan; children, Jason “Jake” Pickup; Shannan (George) Cook; Alton “Aly” (Angela) Pickup; grandchildren, Macort , Jake “JD”, Bryant (Micaela),  Jilly, Jordyn & Hadlee Pickup; Jade, Kora, & Shayna Cook; and  great-grandchildren,  Brylee & Cash Cook; brothers- and sisters-in-law, Jack & Lyla Gean Marble; Delmour Cook; Bobby Blanchard; Judy Treweek, Ethelyn Potter, Doug & Karen Hackford; Jessy & MaryLinn Blanchard; Kalvin & Tammy Killian; Gary & Jamie Blanchard; Bryce & Kathy Blanchard; and all his wonderful nieces and nephews.
He was preceded in death by his parents, Wayne and Donna; sisters, Rhea (Melton) Stoddard, Carma Pickup; brothers- and sisters-in-law, Pearl Cook, Barbra Blanchard, Nick Treweek, Richard Potter.
Funeral services will be held on Saturday, January 16, 2021 at the Roosevelt Stake Center at 11:00 a.m.   A viewing will be held that morning from 9:30 - 10:45 a.m.   Due to COVID 19, the services will be for immediate family and masks will be required.
Burial in the Roosevelt Memorial Park with military honors presented by the Roosevelt American Legion, Marine Honor Guard and the Patriot Guard Riders.

To order memorial trees or send flowers to the family in memory of Kenneth "Pete" Pickup, please visit our flower store.