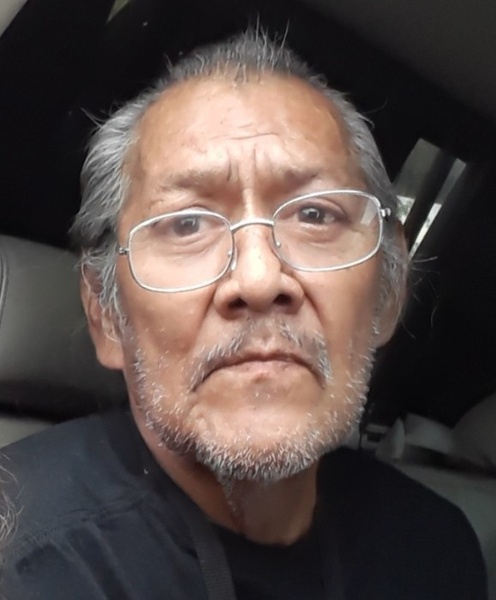 Kenneth Randy Nez, age 61, of Vernal, passed away August 16, 2019, at his home from a long time illness.
He was born October 25, 1957, in Roosevelt, to Ned Chee Nez and Levate Wyasket Nez.
Kenneth worked as a maintenance man, security officer, and at the Senior Citizens Center for the Ute Tribe.  He enjoyed fishing, hunting, camping, traveling, gardening, planting lawns,  and was a talented loom beadworker.  He attended Pow Wows, was a Sundancer, and was famous for his burn bottom beans, breakfast, and Chinese rice.
He adored his grandkids!
Kenneth is survived by his children, Fananda Nez (Anna Cornpeach), Jordan Nez, Randon Nez, all of Vernal; grandchildren, Ilan & Kaeloni Nez; siblings, Alice Nez, Whiterocks Road, Susan (Johnny) Jenkins, Randlett; Larry Nez, Yellowstone Subdivision; Clarice Cowan, Arcadia; and numerous nieces and nephews and other relatives.
He was preceded in death by his parents, Ned and Levate; brothers, Bobby & Ned Jr., and an uncle, William Wyasket.
Graveside services will be held on Wednesday, August 21, 2019, at 10:00 a.m. at the Ft. Duchesne Cemetery. There will be a wake on Tuesday after 4:00 p.m. at his son, Jordan Nez’s home in the Richardson Subdivision.
Burial will be in the Ft. Duchesne Cemetery.  Condolences may be shared at www.hullingermortuary.com

To order memorial trees or send flowers to the family in memory of Kenneth Randy Nez, please visit our flower store.