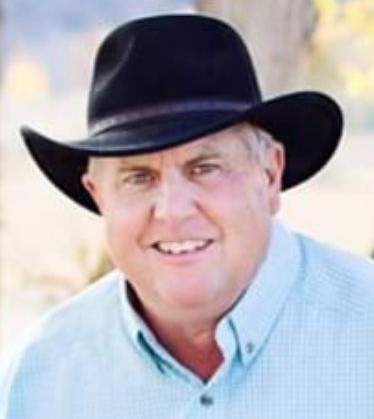 Watch the live-stream of the funeral HERE

Kenneth Bruce Bird, age 61, od Duchesne, passed away unexpectedly December 22, 2021.
He was born August 21, 1960, in San Francisco, CA, to Bruce Haynie and Janet Mansell Bird, the oldest of 5 children. Kenn always joked that he had it the roughest because he was the oldest. His early years were spent in Price, Utah. Just before his senior year, he moved to Idaho Falls, his family returned to Price but he remained there, living with a neighbor in order to finish his senior year. After graduating from Bonneville High School, Kenn attended CEU in Price, Utah where he met his loving wife, Cris Madsen. They were married March 31, 1979, and were sealed February 21,1987, in the Salt Lake Temple. Soon after their marriage, their first child, Brandon was born. Three years later, Kyle was born, and then Breanne joined the family 12 years later. Kenn and Cris were very active with foster care, at this time Felicia and Linda were added to the family.
After returning back to Duchesne, Kenn joined the family business. He got his CDL and drove truck with his father-in-law Ralph. He helped build the company into what it is now and currently ownined and operated JRJ Services in Duchesne. Big toys were his favorite and you could often find him playing at the pit in his trackhoe on the weekends and during his evenings.
Kenn was a very creative and talented man. He could make anything imaginable out of wood and made many treasured items for his family. He loved to play guitar and tried to learn many new songs but always ended up playing “Smoke On the Water.” He loved camping and enjoyed riding and showing off his “General” to anyone who would pay attention. Horses were a guilty pleasure for him, buying them as often as Cris would allow (and when she didn’t). He rode his horse “Jax” a few times a year but really just liked to watch them. His biggest joy in life was his grandkids. He lit up every time they entered the room. He loved playing with them and was so proud of each one of them. He was affectionately nicknamed “Puck” by one of them and loved it.
Kenn was a people person and could often find a friend anywhere he went. He could bullshit with the best of them. He was easy to accept anyone and gave the best hugs in the world. He really enjoyed being a part of Search and Rescue, being a member for 36 years. He was an avid Utah Jazz and Kansas City Chiefs fan, always buying last minute tickets to any game he could. He also was an active member of the Church of Jesus Christ of Latter-day Saints and was currently the 2nd counselor in the bishopric of the Duchesne 2nd ward.
Kenn is survived by his wife Cris; mother, Janet; mother-in-law, Carolyne Madsen; children, Brandon (Michelle) Bird; Kyle (Jamie) Bird; Linda (Michael) Dawes; Felicia (Shantae) Kounalis; and Breanne (Weston) Burton; 13 grandchildren and one great-granddaughter; siblings, Judy (Greg) Anderson; Vicky (Alan) Blauer; Keith (Debbie) Bird; Kimball (Shelly) Bird; and many, aunts, uncles, and cousins.
He was preceded in death by his father, Bruce; and father-in-law, Ralph Madsen.
Funeral services will be held on Tuesday, December 28, 2021, at 11:00 a.m. at the Duchesne Stake Center. There will be a viewing at the church on Monday from 6-8 p.m. and 9:30-10:45 a.m. on Tuesday.
Burial will be in the Duchesne City Cemetery. Condolences may be shared at www.hullingermortuary.com

To order memorial trees or send flowers to the family in memory of Kenneth Bird, please visit our flower store.