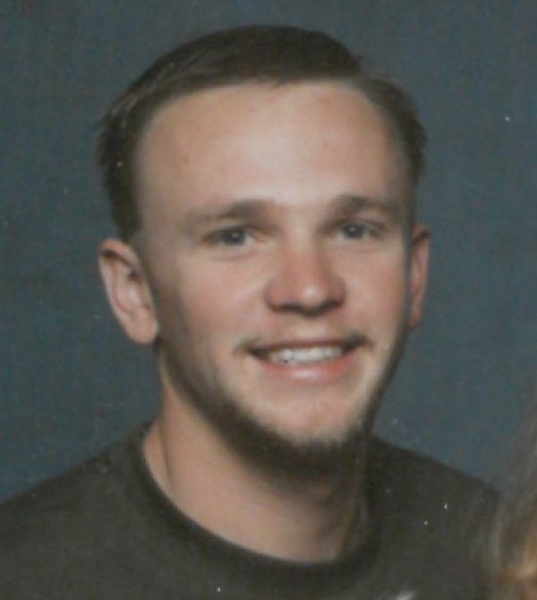 For those who are unable to attend the services, it will be live-streamed here.

Kelly Grant Olsen, age 41, of Roosevelt, passed away June 25, 2021, at his home.
He was born August 8, 1979, in Roosevelt, to Eddie and Marilyn Stringham Olsen. He married Shantel Barker and they later divorced.
Kelly really enjoyed all sports even as a young boy. He played baseball every year, and in high school he wrestled and played football – #59. He was very talented making things with his hands and was able to build anything you asked. He built his mother the most adorable garden shed, arbor, and completed the kid’s playhouse and several other family member’s projects. He worked for Economy Floor Coverings for many years. He was very good at the trade and perfected it. He then worked in the oil field. His dream was to become a diesel mechanic and was able to attend college in Vernal, Utah. He had a passion for Harley Davidson motorcycles and enjoyed going to the mountains, fishing, hunting, camping, archery, and riding anything fast, namely motorcycles and 4-wheelers. He was a good cook and made the best pot of chicken soup, even making homemade noodles! He was obsessed with Ford pickup trucks. He was a talented poet and had a great sense of humor. He was a big joker and a tease, and could fit right in with his nieces and nephews – he was a “kid magnet.”
Kelly had an overwhelming amount of love for everyone! He adored all of his children so much while he was here on this Earth. He is now with his little red-headed, freckled face son, Dace, in heaven. Kelly always felt his son was a little red-head. He had so many close friends including, Quinn Jessen, Floyd Mitchell, and many close cousins. He will be greatly missed.
There won’t be a day that goes by without us remembering your laugh and quirky giggle. We love you Kelly.
Kelly is survived by his children, Harlee (Kyle) Mathiesen, Charity (Logan) Tolbert, Kelcie Olsen, Preslie Olsen; granddaughter, Kallie, all of Vernal; parents, Marilyn (Terry) Dahlberg, Eddie Olsen, both of Roosevelt; grandmother, Dora Fowler, Vernal; siblings, Jesse Olsen, Levi (Monica) Olsen, both of Roosevelt; step-siblings, Brandi Landry; Misti Dahlberg, both of Price; Keven Dahlberg, Roosevelt; and numerous nieces, nephews, and other relatives.
He was preceded in death by an infant son, Dace Richard Olsen; parents; a grandson, Bennett Mathiesen; grandfather, Richard Glen Stringham; Ed & Lucille Olsen.
Funeral services will be held on Friday, July 2, 2021, at 11:00 a.m. at the Altamont Stake Center of the Church of Jesus Christ of Latter-day Saints. There will be a viewing on Thursday from 6-8 p.m. and on Friday from 10-10:45 a.m. at the church. For those who are unable to attend the services, it will be live-streamed here. There will be a viewing at the church on Thursday from 6-8 p.m. and on Friday from 10-10:45 a.m.

Burial will be in the Altamont Cemetery.

To order memorial trees or send flowers to the family in memory of Kelly Grant Olsen, please visit our flower store.