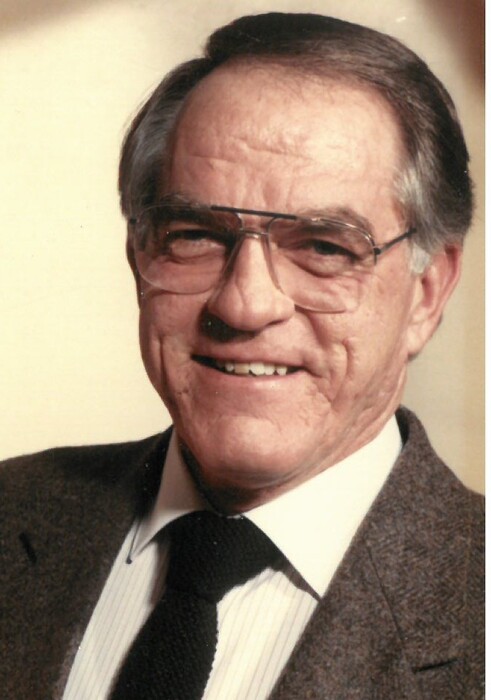 Due to COVID-19 restrictions, funeral will be limited to immediate family only.  Masks will be required.

I, Keith Lincoln Adams, age 86, of Roosevelt, died November 16, 2020 in Washington, Utah.
Because of employment at a government coal mine near Lapoint, Utah, my parents, Arza Gillespie and Clytie Eunice Marshall Adams, along with my brothers, Maxwell Dan (5), Terrance Glenn (2), and sister, Amber (3), were living in a cabin not very far from my grandparents’ home in Lapoint.  I was born at my Grandpa and Grandma Marshall’s home on February 12, 1934 (on Abraham Lincoln’s birthday).  Little Terrance Glenn died a month later from a severe infection.  My oldest sister, Betty Rae, had died in 1930, when she was five and the next born, Earledine, died in 1925, when she was not quite two.  My youngest sister Danna Dee, was born in 1938.  Out of a family of seven, my parents were able to raise four of us to adulthood.
I can remember living in seven different homes while I was attending Central Elementary School in Vernal.  Finally, in 1945, Dad and Mom traded our home in Vernal for their little farm up Dry Fork.  At that time, I began riding the Dry Fork bus and going to Maeser School in the sixth grade.  I loved living in Dry Fork, riding horses, driving one of our teams of work horses to mow hay, using a trip rake to bunch the hay, cultivating the field of corn, harrowing freshly plowed acres, or anything else Dad wanted me to do.  I graduated from Uintah High School in 1952.  I wasn’t able to participate in the after-hour sports programs because I either had to ride the bus after school or walk the thirteen miles back up to Dry Fork and still do all my chores like milking eight cows by hand.  I did that once and decided it wasn’t worth it.
After graduation, I volunteered for the draft to go into the US Army during the Korean Conflict.  I served both my years in Texas, first at Fort Bliss with the Anti Aircraft Artillery, and then to Fort Hood with the 4th Armored Tank Division and trained in the new M48 tanks.  I then served a mission for the Church of Jesus Christ of Latter-day Saints in the East Central States Mission.  After returning home, I accepted a job in Carey, Idaho.  During that time, on March 31, 1959, I married my long-time friend and sweetheart, Eloise Caldwell, in the Salt Lake Temple.  We have enjoyed many years of marriage, singing, working, and playing together.  In September 1959, I accepted employment with Superior Tire Service in Vernal as their credit manager, outside salesman, repairman, etc.
While we lived in Vernal for those ten years, we were blessed with three children: Rochelle, Marshall Lane (deceased at age 19), and Ryan Keith.
In 1969, I was transferred to Craig, Colorado, to work in that Superior Tire Store.  In 1973, Superior Tire built a new store in Roosevelt, where I was the manager and had a good business until the main Superior Tire went into bankruptcy around 1983.  While we lived in Roosevelt, I was active in the Little League baseball with the boys, ladies softball with Rochelle, and I played slow pitch softball and basketball.  The last business we had in Roosevelt was Adams Auto Supply and after eleven years sold it and retired, eventually moving to Washington, Utah in 2012.
I am survived by my wife of 61 years, Eloise; my daughter, Rochelle (Sam) Hansen; my son, Ryan, and his daughter, Chandra and her children, Donovon and Kasadi (James Cooper), Macarius and KahLyn (Hoss Minche); my sisters, Danna Dee Smith and Amber Tebbs.
I was preceded in death by a grandson, Stuart Bret Adams; my son, Marshall; my brothers, Maxwell Dan and Terrance Glenn; my sisters, Betty Rae and Earledine; and my parents.
Funeral services will be held on Saturday, November 28, 2020, at 11:00 a.m. at the Hullinger Mortuary where a viewing will be held from 10-10:45 a.m.   Due to COVID-19 restrictions, the services will be limited to immediate family only.  Masks will be required.
Burial will be in the Dry Fork Cemetery with Military Honors presented.
Condolences may be shared at www.hullingermortuary.com.

To order memorial trees or send flowers to the family in memory of Keith Lincoln Adams, please visit our flower store.