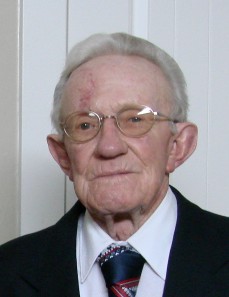 Rex Kay Cloward, age 82, of Roosevelt, passed away peacefully in his home, surrounded by his family on Sunday, April 22, 2018.  He was born on February 17, 1936, to Floyd and Erma Kay Cloward, in Santequin, Utah.
He married his sweetheart, Glenda Rae Wyler, on May 12, 1954, and they were later sealed for time and all eternity on February 2, 1996, in the Provo, Utah temple.  Some of Kay’s fondest childhood memories were riding his horse, and coming home from school to work with his dad and brothers in their family store, Cloward’s Market.  Kay loved to hunt, fish, and he enjoyed countless activities with his family, camping in the mountains and spending time at their cabin in Strawberry.
Kay was admired and respected for his outstanding work ethic, which he helped to instill in all of his children and grandchildren. Early on in his life, he worked for Del Monte Cannery, Rio Grande Railroad, and then spent 21 years with First Security Bank.  He then owned and operated Cloward’s Appraisal Service for many years until he retired in his seventies.  He loved working on his farm and enjoyed having many of his grandkids come to work alongside him.  As a member of The Church of Jesus Christ of Latter-day Saints, he served faithfully in many church callings and loved the 12 years he spent serving with his wife, Glenda, in the Vernal Temple.  Kay and Glenda loved to travel and had the opportunity to see much of the world.  They visited Alaska, Hawaii, Europe, New Zealand, Australia, Fiji, Russia and China.
Kay was a loving and doting husband, father, grandfather, great-grandfather and friend.  There was never an event or activity that any of the kids were involved in, that he wasn’t there to support them.  He will be dearly missed and we will all cherish the wonderful memories we each have of him.
He is survived by his wife, Glenda Rae Cloward; son, Randy (Lorrie) Cloward; daughters, Lisa (Jeff) Duncan, Michelle (Louis) Roberts, Christine (Cody) Rich, all of Roosevelt; 14 grandchildren and 20 great-grandchildren.
He was preceded in death by his parents, Floyd & Erma Kay Cloward; brothers Elmo, Russell, and Marlo Cloward; sisters Oneta Nelson and Shirley Hiatt; and grandson Tyler Roberts.
Funeral services will be held on Monday, April 30, 2018, at 11:00 a.m. in the Ballard LDS Chapel (2561 East Hwy. 40).  There will be a viewing on Sunday from 6-8 p.m. at the Hullinger Mortuary and on Monday, prior to the service from 10 – 10:45 a.m. at the church.
Burial will be in the Roosevelt Memorial Park.

To order memorial trees or send flowers to the family in memory of Kay Cloward, please visit our flower store.