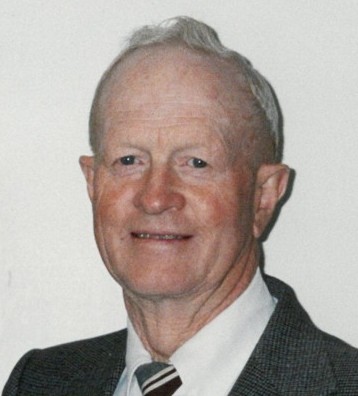 Karl C Betts, age 89, of Ballard, passed away February 22, 2018 at the Uintah Basin Rehabilitation and Senior Villa, where he resided for a total of 4 days.
Karl was born May 4, 1928 in a log cabin in Ballard, Utah, the fourth of five children born to Ernest Edward and Vida Irene Collins Betts. In his own words, he was born overly wrinkled, with over sized hands. The over sized hands stayed with him all his life.  As a child of the depression, Karl learned the meaning and necessity of hard work. He frequently told his family of working all day for 50 cents.  He married Lois Veloy White on June 11, 1947 in the Salt Lake LDS Temple.  Together they impressed upon their children the need to always work hard.
There were a few treasures in Karl's life. First, he loved the Lord. With his wife, Lois, he served seven missions for the Church of Jesus Christ of Latter-day Saints. He was devoted to his wife. When she died on February 3, 2018, he lived for 19 days and then left us to join her. He loved his family and always welcomed them into his home. When family came to visit, there was no need to knock, just come on in. Karl loved to farm and loved his land. His land was part of an allotment which his grandfather drew as a homestead when the area was opened for settlement. At present, this land has not left the family name. It was deeded to his grandfather by the President of the United States. His grandfather deeded it to his father, who deeded it to Karl.
Karl was elected mayor of Ballard on November 5, 1985 and was ordained Bishop of Ballard Ward twelve days later on November 17, 1985.  He said if he had known about the "Bishop thing," he never would have consented to run for mayor.  It was sometimes difficult to be bishop and mayor at the same time, but he was respected by all and loved by many.
Karl and Lois owned several businesses including shoe repair, upholstery, drapes, carpet and floor coverings along with a small herd of cattle and the family farm.
Karl was an active member of the Church of Jesus Christ of Latter-day Saints and served in many callings, his favorite being that of a Seventy.
Karl is survived by his children: daughter, Karla (Jon) Heaton; sons, John (Jackie) Betts, Paul (Julee) Betts, Guy (Ada) Betts, Val (Betty) Betts, Dale (Marilyn) Betts; 25 grandchildren and 78 great-grandchildren.  He was preceded in death by his wife, Lois, and a grandson Benjamin Karl Betts. He was the last surviving member of his immediate family.
Funeral services held on Friday, March 2, 2018, at 11:00 a.m. at the Ballard LDS Chapel. Viewings will be held on Thursday evening at the Hullinger Mortuary from 6 - 7 p.m. and Friday  at the church from 10:00 - 10:45 a.m.
Burial in the Roosevelt Memorial Park.

To order memorial trees or send flowers to the family in memory of Karl Betts, please visit our flower store.