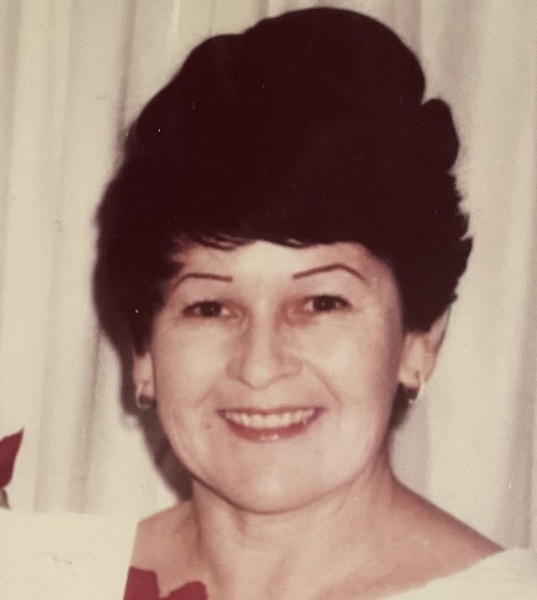 On January 2, 2022, Judi left this world and is now in heaven to watch over us. A loving wife, mother, grandma, great grandma, relative and friend. She was born and grew up on the Uintah and Ouray Reservation in Utah. She spent her childhood with cousins and friends running all over the Fort Duchesne area. She enjoyed going to the Bear Dance. She attended Union High School and competed at the state level in extemporaneous speaking where she won accolades. She became a beautician and practiced her trade until she went to work in the banking industry. She is a past president of the B.P.O.E DOES and past B.P.O.E. DOES State Officer. She enjoyed travelling around Arizona with a dance group. They performed square dancing and clogging. She made all her own outfits and various Halloween costumes. She was an expert seamstress. While her children were in school, she was a stay-at-home mom and Girl Scout Leader for ten years. She started with the Brownies, then Juniors, and ending with the Seniors. She was an active member of the Pala Seniors Club. She typed and revised various documents for the club. She travelled extensively with the Senior Club as well. When asked about her favorite trip she recalled the Northern Lights in Iceland. She also remembered the train trips in Canada through the Rockies. She was married for almost 62 years. She and her husband loved to dance. She was also a published author.

When her husband Marcus retired, they moved to California. She started working as a pre-school administrator. She later started working for MAAC Headstart. She spent time with her grandchildren and then her great-grandchildren teaching them about all she knew. When she was not watching children, doing dishes and pin curling hair, she was in the yard. She loved cutting the grass and tending to flowers. She could put twenty-five bobbie pins in her hair, and you would not see any.
She is survived by her children M Sixkiller Ayuvoo, Teresa Mojado, and Gregory Mojado. She had 7 grandchildren and 13 great-grandchildren. Brothers Henry and Jack Sixkiller. Her sisters Joan (Robert) Yazzie, Marie (Vance), and Pearl (Charles) Ewing.
She was preceded in death by her husband Marcus Mojado, child Michael Mojado, parents Ruben and Lena Sixkiller, brothers Walter, and Ruben Sixkiller Jr., her sister Kathleen Sixkiller Olsen.
Buried in Fort Duchesne, Utah in a private ceremony. A memorial Celebration of Life will be later.