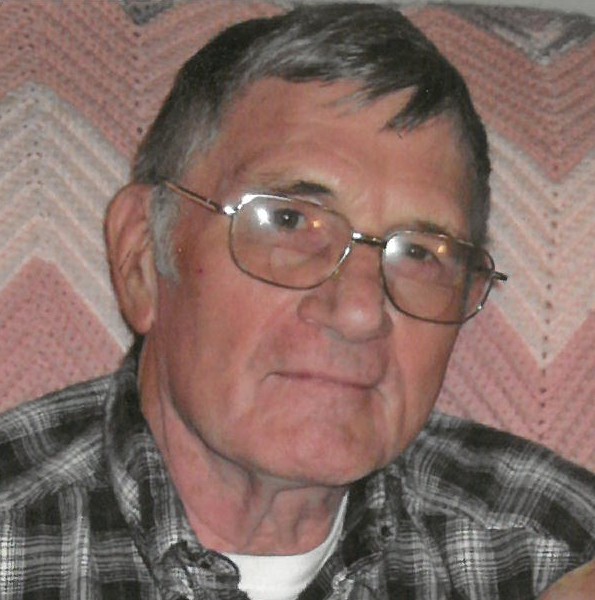 Joseph William Ingram, age 86, of Duchesne, passed away June 9, 2020, at the William Chistofferson Veterans Home in Salt Lake City.
He was born March 16, 1934, in Jefferson County, Kansas, to Joseph and Geneva Miller Ingram.
Joseph was a hardworker all of his life.  He helped his dad on the fruit ranches until he entered the military.  He served in the United States Air Force during the Korean Conflict working mainly as an airport mechanic.  He then worked at Weyerhaeuser Lumber and then as a steel worker at Rockwell International in Atchison, Kansas, until he retired.  Little children were drawn to him and he loved spending time with his great-grandchildren – “Grandpa Joe” always had a bowl of candy to share.  He had a good sense of humor, liked to fish, and had a passion for cars.
When he moved to Duchesne, he really enjoyed going to the Gateway Senior Center where he spent a lot of his time and made many cherished friendships.
Joseph is survived by his children, Cherrie (Randy “Skeeter”) Ivie, Duchesne; Michael (Sheri) Ingram, Platte City, Missouri; Connie (John) Rodriguez, Phoenix, Arizona; four grandchildren, ten great-grandchildren; a brother, Jon (Gudrun) Ingram, Portland, Oregon; a brother-in-law, Werner Stadel, Selah, Washington; and several nieces and nephews.
He was preceded in death by his parents, Joseph & Geneva; siblings, Jerry Ingram & Marilyn Stadel.
He was cremated and there will be a memorial service at a later date.

To order memorial trees or send flowers to the family in memory of Joseph William Ingram, please visit our flower store.