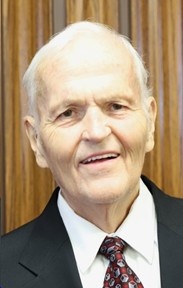 PLEASE NOTE:  The audio funeral recording for John is now available on this website, again we apologize that the live stream failed.

After a courageous battle, leukemia claimed the life of our beloved husband, father, grandfather, brother, uncle, and friend John Henry Weight, on June 19, 2020. The disease, however, never overpowered his sense of humor which stayed strong to the end.
He was born on March 16, 1947 to Gordon and Lucile Collins Weight. He was raised in Provo, Utah and played tennis, football, and basketball for the Provo High Bulldogs. After graduation, he began college at Brigham Young University. That fall semester, he sat behind the girl who changed his life, Saundra. Their first date was the same day John received his mission call from the Church of Jesus Christ of Latter-Day Saints to serve in the West Mexican Mission. He left that summer to begin the hardest thing he had ever done up to that point: learn Spanish. His agony in the effort became the passion of triumph as he fell in love with the language and the people who spoke it. After he returned home, he changed his course of study to secondary education to share his love of the language with younger generations. First, he married his eternal sweetheart, Saundra L Stoddard, in the Salt Lake Temple on August 8, 1969.
After graduating from BYU, they became parents, and John began teaching at Union High School in Roosevelt, Utah, thus remaining a cougar his whole life. Mr. Weight taught at the same school for 35 years occasionally teaching history, computers, math, PE, lifetime sports, ESL, life skills, driver’s education, though his favorite subject was Spanish. He also coached the chess club and tennis team. As the National Honor Society advisor, he presented the name chosen for Constitution Park in honor of the 200th anniversary of the signing of the US Constitution.
Parenting was John’s favorite teaching position. John and Saundra were privileged to become parents to five wonderful children who benefitted from his professional teaching experience. As each child found their own eternal companion, their number of children doubled.
Good friends have enhanced John’s life: classmates, neighbors, ward/stake members, colleagues, and anyone to whom he could speak Spanish. John & Saundra had a monthly dinner group date with mostly the same friends for the past 42 years. While serving as bishop, tight friendships were forged between bishopric families during annual Labor Day Excursions which continued years beyond being released.
After retiring from Duchesne County School District, he began a new hobby of sending a weekly email entitled “Word of the Week” based upon word etymology. He sent his final word in December 2019, and signed off as El Señor Palabra.
John has had his share of medical tribulations. He has had both hips replaced. He was diagnosed with prostate cancer in 2007 which was promptly treated and resolved. In 2008, John was diagnosed with Idiopathic thrombocytopenia with a three-year life expectancy. At that time, he only had 10 grandchildren. Over the next 12 years he has been able to meet 8 more grandchildren, travel to Chile, Mexico, Costa Rica, Panama, Germany, France, Switzerland, and Spain. They also went on trips to new states so that John has been in 49 of the 50. They traveled multiple times a year or even months to be with children and grandchildren for special events whether that was in Ohio, Illinois, Texas, Minnesota, or the Wasatch front.
John spent his life in service to his God, family, and friends. He served as a bishop, high councilor, Vernal temple ordinance worker, and a teacher of all ages, to name a few. John loved traveling and the outdoors. Family vacations were a priority. He brought an unparalleled passion to hobbies, from hot sauce collecting, to artistic expression, to chess, to reading, to cheering on the BYU cougars. Though none of these loves come close to the greatest love he felt for his wife and children. He embodied the adage he loved to quote that “The greatest thing a father can do for his children is to love their mother.”
When he opted to no longer continue medical care, he was given a 2-week median survival time-line. John astounded all medical personnel as he pushed that time beyond 20 weeks. He is a modern miracle marvel man as he allowed us so much time to help us learn how to say, “Goodbye for now. We will miss you. We know we will see you again. We love you.”
He was preceded in death by both parents, sisters Mary Lou and Carolyn, and parents-in-law Aaron & Lorayn Stoddard.
He is survived by his wife of 50 years: Saundra, children: Shimayne (Randall) Clark, Provo, UT; Christopher (Lisa) Weight, Eagan, MN; Donovan (Teah) Weight, Laredo, TX; Sharene (Michael) Gulbrandsen, Herriman, UT; and Shelleen (Ryan) Warner, South Jordan, UT; twenty grandchildren, and three great-grandchildren. Older brothers: David (Shauna) Weight and Karl (Karen) Weight, He was also close to Saundra’s six siblings and spouses who feel like his own brothers and sisters. He was Uncle John to many.
Funeral services will be held on Friday, June 26, 2020, at 10:00 a.m. at the Hullinger Mortuary.  There will be a visitation at the Mortuary on Thursday from 6:00-8:00 p.m. and on Friday 9:00-9:45 am.  Live streaming of the funeral service will be available at www.hullingermortuary.com on John’s obituary page.
Interment will be the same day at Evergreen Cemetery in Springville at 3:00 pm.

Due to some family members being high risk for COVID, the family has requested that if you attend the viewings or funeral service, that you please wear a mask.

To order memorial trees or send flowers to the family in memory of John Henry Weight, please visit our flower store.