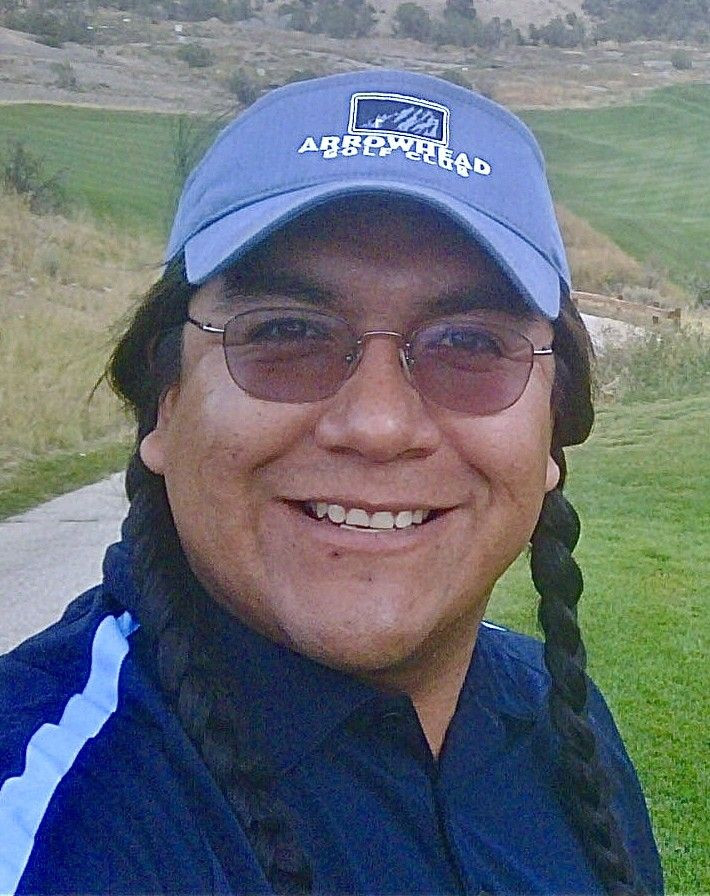 John Martin Jr, age 47, passed away of natural causes, July 6, 2021 in Wheatridge, CO.
John was born July 18, 1973 in Logan, Utah to John Martin, Sr. and Lorena Chapoose. He married Heather Hanson, March 30, 2012 in Hawaii.
John graduated from Union High in 1991. He attended Fort Lewis College and graduated in 2001 with a double major in accounting and finance. He was a Beta Alpha Psi member, and served in the Native American Honor Society as Vice-President. He had numerous academic achievements and was recruited from GHP Horwath PC and was the first CPA Native American the firm had ever hired. He also had worked for the Ute Indian Tribe and Ute Energy. He enjoyed golfing, hunting, bow fishing, RC car racing, hiking, and mountain biking. He took great pride in his work and was very intelligent. He had a fun personality and loved to joke and give those he cared about nick names.
He is survived by his wife Heather Martin, parents, John Martin, Sr., Lorena Chapoose Writingbird, son, Michael Hardinger, his best friend and fur baby, Tonka his beloved dog, and siblings, Anthony Martin, Taralyn Writingbird, Summer Sky (Nathan) Martin, Leanna Writingbird, step-children, Jonathan Murdock, Abigal Hanson, nieces and nephews, Nevaeh, Talliyana, Treysen, Lily, Quinn, Remedy Loraine, and Kenzley Jeanette.
He is preceded in death by his step-father, Ken Writingbird, Sr., and grandparents, Connie Chapoose, Ruth Nanatz and Conner Chapoose.
Graveside services will be held on Wednesday, July 14, 2021 at 10:00 a.m. at the Ft. Duchesne Cemetery. A visitation will be held at the mortuary on Tuesday evening from 5:00 - 7:00 p.m.
A wake will be held after 7:00 p.m. on Tuesday at Leslie Chapoose’s home in Ft. Duchesne. A luncheon will follow the services at the Ft. Duchesne Community Building.

To order memorial trees or send flowers to the family in memory of John Martin, Jr., please visit our flower store.