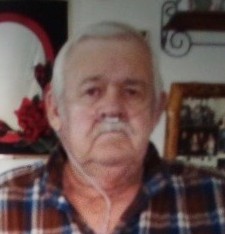 John E Clark, age 79, of Gusher, passed away at his home on Friday, December 27, 2019.
John was born December 12, 1940 in Ft. Duchesne   to David Harvey and Francis Mecham Clark.  He married Ellen Ray Johnson on June 24, 1960, in Vernal and were sealed in the Salt Lake City Temple on June, 24, 1966.
John loved roping, horses, hunting, fishing and being in the outdoors.  His family was most important to him and he delighted in spending time with them.
He is survived by his wife, Ellen Clark, children, Clayton (Theresa) Clark, Robert Clark, Lucy Clark, Vickie Vega, Sherron White, Dannette (Chris) Clark, 15 grandkids, 29 great grandkids, siblings, Nina Madsen, Charolette Nielsen, and Lavar “Red” Clark

He was preceded in death by his parents, siblings, David Harvey Clark, Jr., Iseral Clark, Keith Clark, Demar Clark-Walton, Jerimah Clark, Louise Clark, and Donna Dominguez.
Funeral services will be held Monday, January 6, 2020 at 2:00 p.m. at the Lapoint Chapel of the Church of Jesus Christ of Latter-day Saints.  A viewing will be held that day from 12:00 - 1:45 p.m.
Burial in the Gusher Cemetery.

To order memorial trees or send flowers to the family in memory of John E Clark, please visit our flower store.