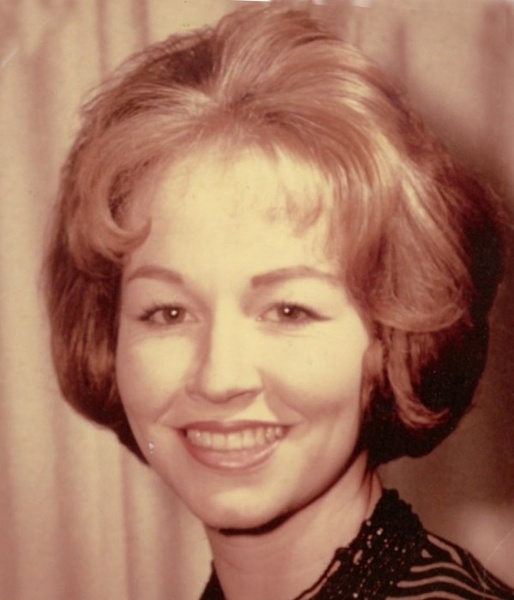 Melba Joan Swain, age 82, of Roosevelt, passed away December 15, 2018, at her home.
She was born July 6, 1936, in Roosevelt, to Murel Franklin and Naoma Forsyth Benson.  She married R. Larry Swain on November 25, 1955, in Roosevelt.
Joan owned and operated “The Closet” a clothing store on Roosevelt’s Main Street for years, and then moved to Weiser, Idaho, where she had “Swain’s Gift & Floral”.  She had also worked for an attorney in Salt Lake City and as an administrative assistant at El Paso Natural Gas.
She was a classy lady who was very much into fashion, jewelry, and looking her best.  She really liked to dance and had a passion for live theater, directing and producing many shows in Roosevelt over the years.   She always complimented everyone, and had an extremely quick and clever wit – even at the end when her mind was faltering.  She was very much loved and will be deeply missed.
Joan is survived by her husband, Larry, of Roosevelt; children, Sonnet Hullinger, Henderson, Nevada; Benson (Katie) Swain, Neola; McClain (Heidi) Swain, Rock Springs, Wyoming; 20 grandchildren, 7 great-grandchildren and numerous nieces, nephews, in-laws, and other relatives.
She was preceded in death by her siblings, Donna Weber, Kirk Benson, Bob Benson, Loya Hullinger, Kenneth Benson, John Benson, and Lyle Benson.
Funeral services will be held on Saturday, December 22, 2018, at 11:00 a.m. at the Hullinger Mortuary where a visitation will be held from 10-10:45 a.m. that morning.
Burial will be in the Roosevelt Memorial Park.

To order memorial trees or send flowers to the family in memory of Joan Swain, please visit our flower store.