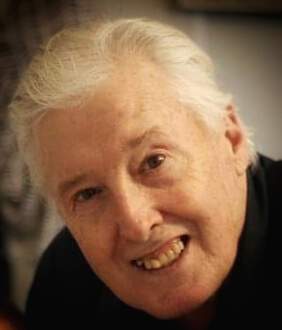 James "Jim" Harvey Griffith 79, of Veyo, Utah passed away peacefully on August 19, 2019 after a valiant battle with cancer.  James was born on June 15, 1940 in San Jose, California. He was the second child and only son born to Zera and Pearl Griffith.  At the age of 6, Jim and his family moved to Angel’s Camp, California where he attended Mark Twain Elementary School and Bret Harte High School. He shared happy childhood memories of roaming the hills in Calaveras County with his dog, Tito and of catching and selling frogs for the annual Jumping Frog Jubilee. Jim graduated from High School in 1959 where he excelled as a track athlete and musically, as a trumpeter in the marching band. Jim was also a gifted visual artist and throughout his life created many beautiful oil paintings and pieces of Native American artwork.

He received a technical degree and special training to become a journeyman pressman. Jim worked at the Los Angeles Times newspaper and later oversaw the printing of The Daily Universe at Brigham Young University in Provo, Utah.

Jim was an active member of the Church of Jesus Christ of Latter-Day Saints and served many years as a Scoutmaster and Young Men leader. He loved the Scouting program and assisting young men in receiving their Eagle Scout Award. He also served as the ward and stake preparedness specialist many times. Jim was a good neighbor and friend to all!

On March 30, 1967, Jim and Penney L. Smith were sealed in the Salt Lake City temple and together raised their four daughters in Payson, Genola, and Provo, Utah making many cherished and life-long friendships during this time. Jim beautified every place that he ever lived and was quite the handyman. He was an avid gardener and gentleman’s farmer teaching his daughters how to plant and harvest large gardens and orchards while also caring for an assortment of small farm animals. He later retired in Veyo, Utah and continued to enjoy the blessing of treasured friendships among his neighbors.

Jim loved spending time outdoors with his family enjoying God’s creations and teaching his grandchildren how to garden, fish, hunt, or pan for gold. He also loved family history and doing genealogy and temple work with his sister, children, and grandchildren.

We are especially grateful for the last four years of memories that we were able to make with our father and grandfather. On December 3rd, 2015 Jim made local headlines after a rare collision with a large buck deer on Highway 18. He spent six weeks in ICU at Dixie Intermountain Hospital and many more months miraculously recovering from many extensive injuries. He inspired us all as a true survivor.

He was preceded in death by his parents and younger sister, Jaci Tonkin.

The family would like to extend their appreciation to Carly and all of Intermountain Hospice for their kindness and assistance in caring for our father.

Funeral services will be held Friday, August 23rd at the Veyo Chapel, 176 East Center St at 11 am with a viewing one-hour prior. A private interment and graveside service will be held on the following day at Wasatch Lawn Memorial Park,  SLC, UT. Funeral arrangements are under the direction of the Hullinger Mortuary. Floral arrangements may be delivered Friday morning to the Veyo Chapel.

To order memorial trees or send flowers to the family in memory of Jim Griffith, please visit our flower store.