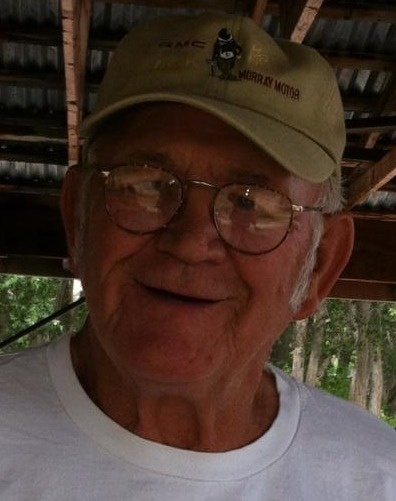 Jewel Christensen, age 92, of Ballard, passed away June 30, 2022, at his home.
He was born June 11, 1930, in Farm Creek, Utah, to Jens and Lydia Reed Christensen.  He was a member of the Uinta Valley Shoshone Tribe and served in the  United States Army during the Korean War.  He married Edith Christine Lanier and they had been together for over 50 years at her death on October 16, 2016.
Jewel was a crude oil hauler and a heavy equipment transport driver.  He was an avid hunter & fisherman, and enjoyed working his hay farm and taking long drives in the mountains.  He was a jokester and had a great sense of humor.  He would travel as often as he could and one of his favorite things to do was go to Dinosaur with his granddaughter, Chris, to purchase lotto tickets.
Jewel is survived by his granddaughter, Chris Jones, a great-grandson, Alex Jones; his children, Rene Sue, Lydia Ann, Bonnie Jean, Jules, Donna Marie, Cheri Dunlap, Alaska; sons, Jack (Lisa) Hamel, Alabama; Brad (Linda) Rosewood, Salt Lake City,  brothers and sisters, Leona, Dale, Elnora, Dixie, Bolena, Vance, Ted, and Dennis; 14 grandchildren, 7 great-grandchildren; and numerous nieces and nephews.
He was preceded in death by his wife, Edith; brothers and sisters, Clarence, Wilbert, Gerald, Mary, Roy, Vernon, Christina, and Lola Edith.
Per his wishes, he was cremated.

To order memorial trees or send flowers to the family in memory of Jewel Christensen, please visit our flower store.