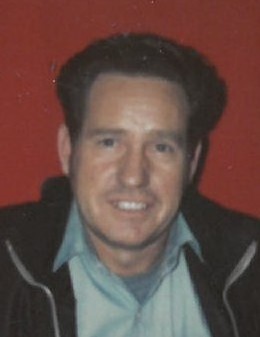 Jerry Dean Stevens, age 88, of Mountain Home, passed away on Easter Sunday, April 4, 2021 at the Utah Valley Regional Medical Center.
He was born to James and Ruby Leone Stevens on August 31, 1932 in Greeley, Colorado.  During the great depression, his parents brought their 8 children and all their possessions in one car to Wilson Lane, Utah.  The family worked hard to build a good life together.
Jerry married Elaine Stevenson on September 8, 1951 in Mountain Home, Utah.  Their children are Susan (Rex) Wingle, Jerry Stevens Jr., Dennis (Anne) Stevens, Tom (Terrie) Stevens, and Tim Stevens.  They have 18 grandchildren, and 30 great grandchildren.
Jerry was a dedicated husband and a patient and loving father.  He was adored by his children and grandchildren.  He will be missed deeply by all who knew him.
Jerry and Elaine lived in Roy and Morgan, Utah, where they raised their five children, as well as helping to raise three grandchildren: Derrick, Kayla, and Crystal Stevens.
Jerry worked at HAFB where he was a calibration expert. He accompanied the first Minute Man missile from Hill Air Force Base to a base in Washington State.  He received many awards throughout his career and cherished his relationships with his coworkers.  After his retirement, Jerry and Elaine moved to Mountain Home, Utah.
He enjoyed collecting guns, reloading ammunition shells, fishing, hunting, and reading.  He looked forward to coffee with his friends at the Mountain Home store every morning.  He was an avid Utah Jazz fan.  He loved spending time with his children and grandchildren and watching their sports activities.
The family wants to thank the many dedicated nurses and doctors who helped him live a long life and especially his sons Jerry and Tim who helped our mother take such good care of Dad and the farm.  At this time, we also want to give special thanks to our mother, who always welcomed us to their home during the past few years when there were so many challenges.  You’ve always been our rock, and we love you Mom.
He was preceded in death by his parents and siblings, Charlotte (Henry) Spellecacy, Maxine (Lyman) Hubbard, Betty (Charles) Smith, Ruie (Floyd) Arguello, Corky (Dorothy) Stevens, Fritz (Nada) Stevens, Bill (Louise) Stevens, and numerous nieces and nephews.
Graveside services will be held on Saturday, April 10, 2021 at 1:00 p.m. at the Mountain Home/Boneta Cemetery.  A viewing will be held at the Hullinger Mortuary that morning from 11:00 - 12:15.

To order memorial trees or send flowers to the family in memory of Jerry Dean Stevens, please visit our flower store.