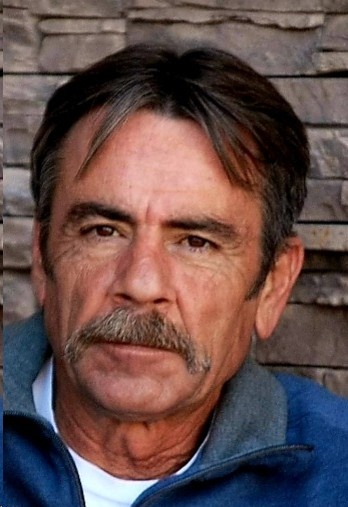 Jeffery “Jeff” Barker, age 62, of Ballard, Utah, passed away February 22, 2021,  from complications of cancer at The University of Utah Hospital.
He was born on November 29, 1958, to Bennie J. and Donna Marlene Searle Barker. He grew up watching his dad drive truck, and found his calling of truck driving early. After high school he worked with Burdick Paving, where he grew to be a part of the Burdick family. Here he learned all there was to know about road construction and running a business. Leaving after 29 years to fulfill his dream of owning his own truck.
While working at Burdick Paving, he married his wife Shonie.  They lived life to the fullest, marrying on February 23, 1980. They were just shy of 41 years by one day when Jeff passed. Together they raised two sons. Jesse, and Chad. Chad along with his wife Natalie, gave Jeff his most prized title of PAPA to his four grandchildren.
During his life, Jeff cultivated many hobbies: gardening, cooking, and knife collecting –  especially those made by his father-in-law. He liked being outdoors, camping, ATV rides in the mountains, western movies, and anything John Wayne. He enjoyed traveling and seeing historical sights. He loved going on cruises with his wife, Shonie, and he always said what made it more enjoyable was traveling with their group of friends.
Jeff is survived by his wife Shonie, their children Chad (Natalie), and Jesse; his beloved trucking companion his dog, Max; grandchildren, Jeffery Caiden, Madison, Brynlee, and Grayson; siblings, Jackie (Don) Harman, Ted (Kathy) Barker, and Brad Barker; mother-in-law, Elsie Perrenoud; father-in-law, Rod Calkins; sister-in-law, Rodeana (Glen) Shelton; many nieces and nephews whom he treated like his own children, aunts, uncles, cousins, and beloved friends. He was preceded in death by his mother, Donna Hutchings, father, Bennie J. Barker; step-father, Wayne Hutchings; brother, Jared Barker; and good friends, Tom Casey, and Sam Burdick.
Graveside services will be held on Monday, March 1, 2021, at 12:30 p.m. at the Roosevelt Memorial Park.  There will be a viewing that morning from 11:00 a.m. to 12:15 p.m. at the Hullinger Mortuary.

To order memorial trees or send flowers to the family in memory of Jeff Barker, please visit our flower store.