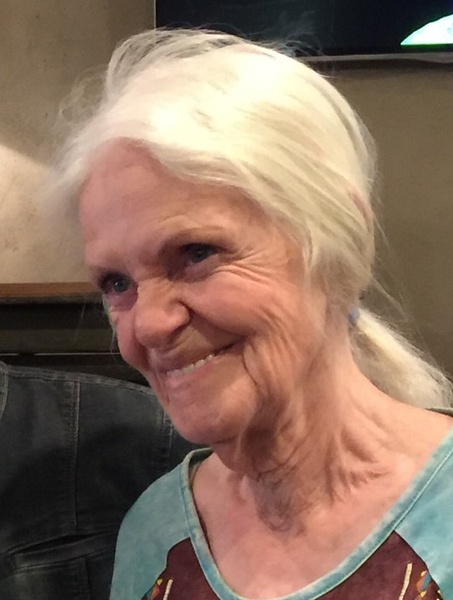 Jeanne Allred Downing, age 79, of Roosevelt, Utah, returned to her Heavenly Home on January 5, 2021, after enduring lung cancer for several months.
She was born in Provo, to John Eldred and Reva McClellan Allred.in the fall of 1941.  The family moved to Roosevelt and spent their lives there.  Jeanne attended Nursing School at St. Marks in Salt Lake City.  She met Lawrence Andrew Downing and they married in 1960.  They later divorced.
Jeanne spent several years with her family in Southern California.  She moved back to the Salt Lake area in the early 1980s.  She obtained a certification as a substance abuse counselor.  She worked for several years for Traveler's Aid and Odyssey House.  She moved to Roosevelt and took wonderful care of her mother, Reva, for ten years until Reva's death in 2010.
Jeanne had a hobby of thrift shopping.  She had great skill in refurbishing and repairing things in a beautiful way.  The two constants in Jeanne's life were love for family and love for animals.  She will have many beloved animals to reunite with in Heaven.
Jeanne is survived by her two children, Terri Downing of Roosevelt, and John Downing of Salt Lake City; grandchildren, Dustin (Melissa) Phelps, Caylan (Becca) Downings, Chase Downing, and Tyson and Chandy Downing; great-grandchildren are Kate, Crystal, Reina, and Sarah; siblings, Carol (Scott) Howlett, Las Vegas, Wayne (Heather) Allred, Saratoga Springs, Kathy (Keith) Shipton, Vernal, and Sister in-law Joan Allred, Provo.
She was preceded in death by her parents and brother John M Allred, and daughter in-law,Andrea
Her family wishes to express gratitude to the Roosevelt First Ward, the staff at UBMC and to Dr. Gregory Staker.  Thank you for all your kindness!
A family memorial service will be held at a future date.

To order memorial trees or send flowers to the family in memory of Jeanne Downing, please visit our flower store.