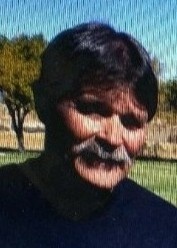 Jay Dee Underwood, Sr., age 62, of Roosevelt, passed away November 13, 2020, at the Uintah Basin Medical Center.
He was born July 23, 1958, in Salt Lake City, to Josiah Dewey and Beverly Louise Johnson Underwood.  He married Cathy Wilkerson, and together they had four children.  They later divorced.  He met and was companions with Connie Johnson, and gained two sons; they later separated.  He married Shari Saloga, and they later divorced.  He married Pamela Kouris, and they later divorced.
Jay worked in the oil field all of his life.  He also liked to tinker and could fix anything.  He enjoyed all things outdoors: hunting, fishing, camping, boating, and arrowhead hunting.  He had a free spirit, was up for any adventure, and was easily side-tracked.  He liked to have fun and go to lunch with everyone – in fact one of his main hobbies was eating.  Everywhere he went, it took longer because he needed to stop and get some sort of food, especially ice cream.  He really liked Las Vegas and going to casinos, mainly for the buffets!  He also liked to travel and vacation on cruise ships.
Jay is survived by his children, Joey (Travis) Rigby, Justin Underwood, Carrie (Colin) Sanders, all of Spingcreek, Nevada; Johnny (Kristi) Johnson, Eagle Mountain; Chris (Rhonda) Johnson, Roosevetl; Jay (Nicole) Underwood, Jr., Vernal; 19 grandchildren, 6 great-grandchildren; siblings, Kim (Julene) Olsen, Roosevelt; Shaune (Maria) Underwood, Roosevelt; Jodi (Pete) Horrocks, Whiterocks; Mark (Shelly) Underwood, Roosevelt; and numerous nieces and nephews.
He was preceded in death by his parents, Josiah & Beverly; grandson, Jeremiah Stills; and a sister, Judith Getchel.
Graveside services will be held at 11:00 a.m., Wednesday, November 18, 2020, at the Roosevelt Memorial Park.

To order memorial trees or send flowers to the family in memory of Jay Dee Underwood, Sr., please visit our flower store.