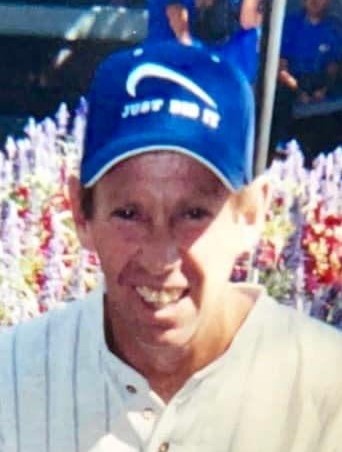 Funeral service will be live-streamed HERE.

Brent Jay Griffis, Jr., age 57, of Salt Lake City, passed away June 2, 2022.
He was born August 15, 1964, in Boulder City, Nevada, to Brent J Griffis, Sr. and Patsy Carmen Larsen.  He was a companion with Shamala Bird, and they later separated.  He was companions with Rainee Chapoose, and they later separated.
Jay worked as a carpenter in construction, also a derrick hand in the oil field and at the Stockman’s Restaurant.  He enjoyed gardening, racing dirtbikes when he was younger, riding horses, fishing and frog hunting, again, when he was younger.  He was an avid Raiders fan, even though they suck. He had also been a ranch hand.
Jay is survived by his children, Chinell Griffis, Brandon Griffis, Gentry Barneck, Lanie Chapoose, Spencer Chapoose, Jason Chapoose; a sister, Shannon Russell; brother-in-law, Jack Russell,  grandchildren, Kacey, Starlie, & Aiden Nickle; Aubrey & Isabelle UncaSam; nephews and nieces, Aaron Griffis, Travis McClure, Jackelynn Russell, and Ravin Griffis.
He was preceded in death by his daughter, Justine Barneck; parents; and a favorite grandmother, Margaret Larsen.
Funeral services will be held on Thursday, June 23, 2022, at 12:00 noon at the Hullinger Mortuary.  There will be a viewing that morning from 10-11:45 a.m. at the Mortuary.
Following the services, he will be cremated.

To order memorial trees or send flowers to the family in memory of Jay Griffis, please visit our flower store.