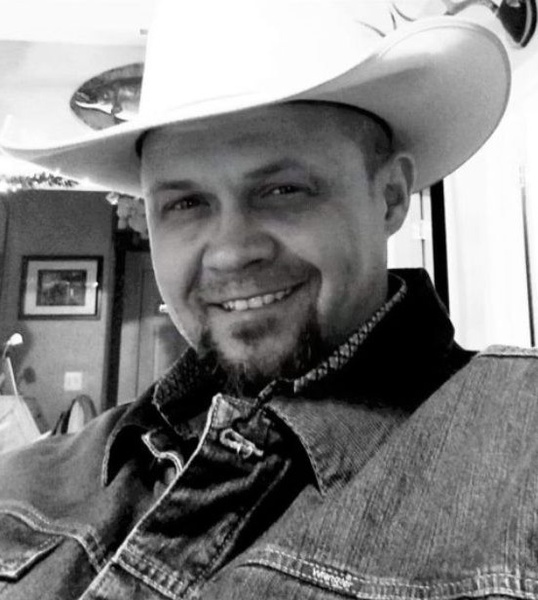 Brent Jason “Jake” Bailey passed away at McKay Dee Hospital in Ogden, UT on April 8, 2022, at the very young age of 49.
He was born on May 22, 1972 in Roosevelt, UT to Brent Jay and Jana Lee Robison Bailey. He attended public schools in Duchesne, Roosevelt and Ogden, UT.
At age 19, he was diagnosed with Hodgkin’s disease and underwent one and half years of Chemotherapy and Radiation Treatments. Even though he was given a Cancer Free diagnosis later, he lived with the complications of the treatments for the rest of his life; with Radiation Heart and Lung Disease taking his life.
Jake had a successful career at Poly Excel LLC (formerly Poly Twine) for 30 years. Starting out as a Twister, then an Extrusion Line Operator and then moving up to Shift Production Supervisor. He worked his entire career on the Graveyard Shift.
He married Tricia Lambright on October 28, 1994; they were blessed with a daughter Kylie Brianne. They later divorced.  He married Leona Jo Colwell on March 17, 2007; they were blessed with a son Branson Jacob. They later divorced.
Jake loved to be a jokester, could be very sarcastic, loved to pull pranks, tease and scare people. He loved the outdoors and often commented he wished he had been born 150 years ago so he could have been one of the first Trappers in the West.  His Dad taught him how to trap and he spent many years with him running the trap lines. As he got older he became an avid trapper himself. He loved everything about trapping season, the thrill of the catch, the cold, and finding new ways to outsmart his prey. Jake was also a Coyote hunter extraordinaire and very talented at calling in coyotes. He loved being in the mountains and deserts of Utah, hunting, fishing, looking for sheds and camping with friends and family. Some of his favorite places were Rock Creek, the Strawberry River area and the West Desert.
His children were the center of his life, his pride and joy. He was always bragging about them and their accomplishments.  He always loved the summertime excursions with Kylie and Branson trying to teach them to the love the outdoors as much as he did. He recently became a Grandpa for the first time and had so many things planned to do with his grandson Mack.
He is survived by his children, Kylie Brianne (Case) Kershaw, Syracuse, UT;  Branson Jacob , Weatherford, TX; his grandson, Mack Jay Kershaw.  Mother and Step-Father, Michael and Jana Lee Flaherty, Ogden, UT; his brothers, Burke Jeffrey  Bailey(Kimball Everingham), Tucson, AZ; Bryan Jared Bailey (Robin) Brigham City, UT. Step Siblings, Heather Morris, Murray, UT; Shauna Flaherty, North Ogden, UT; Patrice Pearmain, North Ogden, UT; Jessica (Jason) Voigt, Farr West, UT. and many nieces and nephews, aunts and uncles and cousins that were very dear to him.  A special friend Casey May.  And his beloved dog Jack.
He was preceded in death by his father Brent Jay Bailey, step-mother Peggy Bailey; his grandparents, Troy and Doris Bailey and Russell H. and Thelma Robison and his loyal furry companions, Jackson, CJ, and Lucy.
A Graveside Service will be held Friday April 15, 2022 at 1 p.m. at the Strawberry Cemetery in Duchesne, UT. A viewing will be held that morning from 10:30 a.m. to 12:30 p.m. at the Duchesne Stake Center, 901 North 500 East, Duchesne, UT.

To order memorial trees or send flowers to the family in memory of Jake Bailey, please visit our flower store.