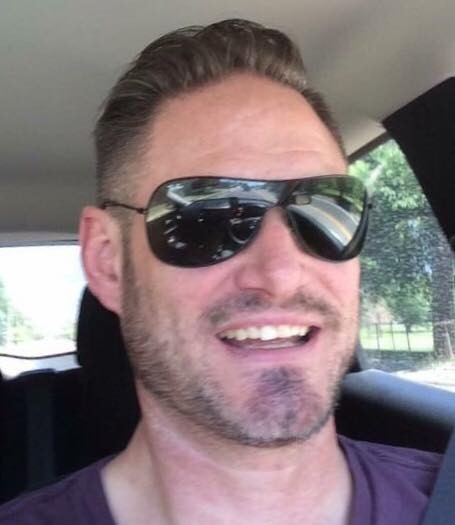 Jared Charles Manning, age 48, of Springville, Utah passed away July 11, 2018 in the Shock/Trauma ICU Intermountain Hospital, Murray, Utah.
Jared was born April 16, 1970 in SLC, the second of nine children born to Dennis and Gloria Manning.  His parents moved to Ioka, from Alaska when he was a year old.  Jared grew up running freely among the rural farms and open range of Ioka.  He milked cows at a neighbor’s dairy, occasionally assisting his father in the blacksmith shop where he learned to shoe horses.  He was very artistic. loved working with his hands and being in the outdoors.  He became an Eagle Scout.
Jared graduated from Union High School.  At age 19 he was called to the Morris Town, New Jersey LDS Mission, Spanish speaking.  There he developed an abiding love for the Hispanic people.  Because of the great diversity of cultures in his mission areas he learned to communicate in a variety of Spanish dialects.
Shortly after his mission at age 21, he married Diana Chavez in the Washington D.C, Temple.  To this union were born two sons; Jared Charles Jr. (JC) and Mark.  Jared joined the Navy to help finance further education as he worked toward developing skills in the medical field.
He worked in large military hospitals on the east coast eventually completing the requirements to become an Orthopedic Surgeon’s Assistant (PA).  He married Danielle Ditto in Memphis, TN where their son Jace was later born.
He returned to Utah several years ago working in the Uintah Basin oil fields.  Later he moved to the Wasatch Front where he became a social worker for Meadowbrook Rehab and Nursing.  He was loved and appreciated by fellow workers and residents.
Jared is survived by his wife Johanna Martinez Manning, sons, J. C. (Zul), Mark, and Jace, grand-daughter, Aria Liah, parents, Dennis & Gloria, Cebu, Philippines, siblings; Dennis Nephi (Whitney), Japan, Ammon (Ruth) Vernal, Aaron (Andraya) Ioka, Jacob (Rechelle) Ioka, Gina Manning McCurdy, Vernal, Jarom (Shenise) Richmond UT, Heather McGivern (Joe), Poulsbo WA, Moroni (Kami) Ioka and numerous nieces and nephews.
Funeral services, Saturday, July 14, 2018, at 1:00 p.m. at the Roosevelt 1st & 4th Ward LDS Church.  A viewing will be held from 11:30 - 12:45.
Burial in the Roosevelt Memorial Park with military honors presented.

To order memorial trees or send flowers to the family in memory of Jared Manning, please visit our flower store.