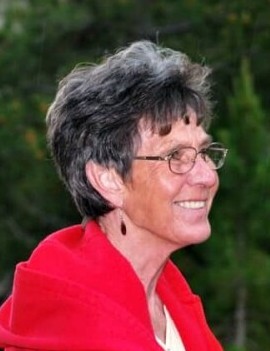 Janet Workman Caywood, age 70, of North Salt Lake, formerly of Roosevelt, passed away peacefully and in no pain on July 28, 2020, in her Salt Lake City home, with her family near her side.
She was born on July 26, 1950 to Eugene and Reva Jenkins Workman in Roosevelt, Utah, where she was raised and lived for much of her life. She was sealed to her parents in the Salt Lake Temple on June 8, 1958.
Janet was known by most everyone in town and loved by all who knew her. She worked many years at the Frontier Grill with Gordie Harmston and was also well known during the years she worked at the Labrum Chevron Station.
Janet loved serving people and was always caring for someone. She lived with and cared for her mother Reva for many years and raised her two grandsons, Quest and Phoenix. She was a hard worker, always loved life and maintained her independence until her passing. She was always loving, kind, caring and giving. She liked camping, fishing, and gardening. She loved art, knitting and ceramics. She was a loving mother, grandmother, daughter, and sister.
Janet is survived by her daughters, Kammra (Paul) Montgomery, Areva Dawn (and Richard) Smith; grandchildren, Apollo (Jordon) Clark, Athena (Cyle) Adair, Quest Atwood, Phoenix Evans; ten great-grandchildren; a sister, Nancy Koheteck; a brother, Lynn (Ann) Workman, and numerous nieces and nephews.
She was preceded in death by her parents, Eugene and Reva Workman, and many dear friends.  She will be missed.
A graveside service will be held at the Lapoint Cemetery on Saturday, August 1, 2020, at 11:30 a.m., with a viewing preceding from 11:00 am until 11:30 a.m.

If you are attending the services, please bring your own chair.

To order memorial trees or send flowers to the family in memory of Janet Caywood, please visit our flower store.