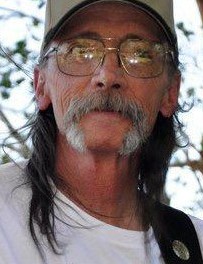 Jan Stephen Stringham, age 70, formerly of Torrey, currently of Roosevelt, passed away peacefully at home surrounded by those who love him most on June 6, 2021 after a long period of being cared for by his daughter and son-in-law.
He was born November 7, 1950, in Vernal to Stephen Bryant and Loma Goodrich Stringham. He was the 4th of 5 beautiful children. He married Rhonda Deakin March 19, 1978, and after 34 years they divorced.
Jan was in the construction industry all his life, but his real passion and dream was music. He was an extremely talented guitarist who played in several bands including “Sagebrush,” “Massadona,” “Sofa-Kings,” and the all time dream, “The Launch.” Jan had many musician friends throughout this life and has moved on to make many more.
Jan was also an avid outdoorsman who loved to fish, hunt, haul wood and look for rocks. Most rocks to him were a “Leave er right! Leave er right there.” He took many trips to Diamond Mountain. After 60 years of hunting, he finally bagged a trophy bull he named “Maxwell.” A few years later, the last hunt of Jan’s life, he spent everyday right to the last day of the hunt with his son-in-law, Mike, looking for that trophy deer. He was able to fulfill that dream landing his trophy deer named, “ Diamond Jim.”
Jan was a perfectionist when it came to the garden. A trait that annoyed his family to the end. Jan’s love for his family and friends - especially his grandchildren- will be greatly missed.
He is survived by the twinkle-in-his-eye, daughter, Starr (Mike) Spencer, Roosevelt; step-son, Stoney (Nicole) Stringham, Fremont UT; grandchildren, Kamrynn (Braydn) Mitton; Ashtynn (David) Scott Cambri Jade Elder, Kelton Michael, McKenzi Mae, & Myles Bryant Spencer; great-grandson, Mckrae Mitton; brother, Robert Stringham; sister, Stephanie Hollibaugh; best friends, Bill Cronkrite, Joe Busha, Cole Busha, Paul Brown, Craig Brown, Cliff Grua, Steven Moosman, Dave Wilson; and his physician, neighbor, bishop, home teacher and friend, Brad Jenkins.
He was preceded in death by his parents, Steve and Loma; brother, Kent and Carl Dean, and his beloved dog, “Osso.”

To order memorial trees or send flowers to the family in memory of Jan Stephen Stringham, please visit our flower store.
Open