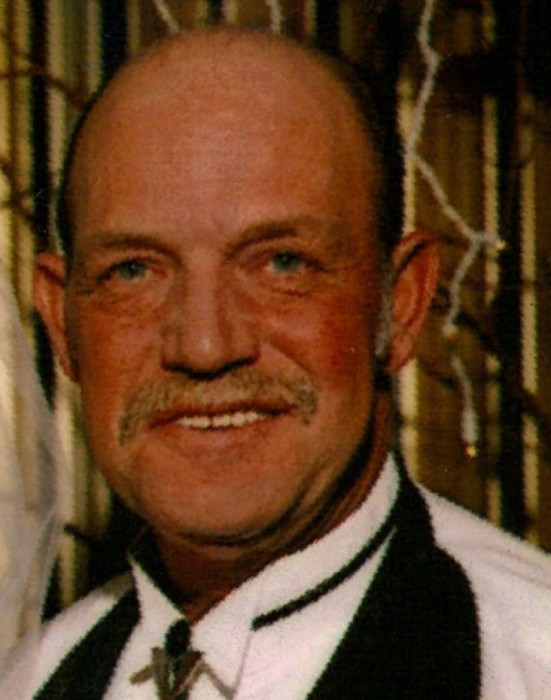 Tabiona Chapel (The Church of Jesus Christ of Latter-day Saints)

James Bernell Rhoades, age 69, of Tabiona, passed away peacefully at the Huntsman’s Cancer Center surrounded by his children on April 12, 2018.
Jim was born December 3, 1948 in Heber City to Bernell and Twila Rhoades. He was raised in Tabiona and attended Tabiona High School where he was active in basketball and track. After graduation, in 1967 he made his home in Salt Lake working at Midas Muffler for many years, then moved back to Tabiona working in the oil field until his retirement in 2008.
Jim married Norma Curry. Together they had five children. Wade (Rebecca) Rhoades, Jamie Rhoades, Sandra (Adam) Short, Cody Rhoades, and Karen (Paul) Burgess. They divorced in 1978.
Jim married Phyllis Bolin, they were later divorced. Married Pat Kofford, they were later divorced.
Jim made his way back to Tabiona in 2016 after living in Mt Emmons. He loved to hunt and especially fish. He loved the mountains especially North Fork Canyon.
He is survived by his kids, grandkids, Kellan, Sienna, Landon, Dakota (Jonah), Cade (Destiney), Mark (Martine), Dillon, Kailee, Brooklyn, Shaylene (Tyler), Collin, Kendon, McKenzie, Morgan, Tanner, and great grandson Boston. Sister’s Joanne Gines, Mary Lee, and Donna (Joe) Penn, many nieces and nephews, and good buddy Ron Lefler.
Jim is proceeded in death by his parents, brother-in-law Allen Gines, and niece Missy Morrison.
Funeral Services will be held Wednesday, April 18, 2018 at the Tabiona LDS Chapel at 11:00 a.m..  A viewing will be held from 9:30 to 10:45 a.m.
Interment in the Tabiona Cemetery.

To order memorial trees or send flowers to the family in memory of James Bernell Rhoades, please visit our flower store.

Tabiona Chapel (The Church of Jesus Christ of Latter-day Saints)