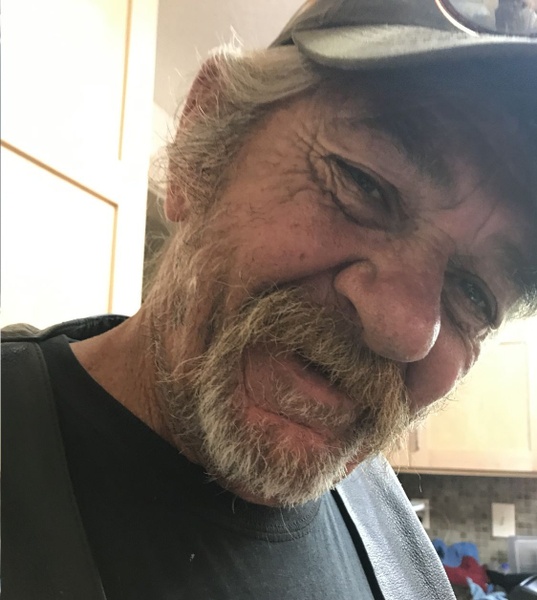 PLEASE NOTE THAT THIS OBITUARY HAS BEEN PLACED ON OUR WEBSITE AS A COURTESY TO THE HANSEN FAMILY. HULLINGER MORTUARY IS NOT HANDLING THESE SERVICES.

James L. Hansen passed away just before sunrise on Thursday, September 16, 2021. He went on his own time and when he was good and ready.
James was born on February 2, 1958 in Price, Utah to James Hansen and Bonnie Newell. He’s the oldest of four children- James, Cindi, Eric, and Teri Ann.
James grew up in Price, Utah and at a young age moved to the basin where he began working in the oilfield. He worked as a derrick hand and driller. He was affectionately known as “Dirtbag” by family and friends.
James married Pam Wright and became the loving father of Erica and Trevor. They welcomed a daughter, Marie, into their lives. James and Pam later divorced.
Family was the most important thing to James. His children and grandchildren were the light of his life.
He enjoyed spending time in the mountains. He loved hunting, fishing, and camping. James loved taking motorcycle rides, traveling to new places, and spending time with family and friends on the road. He could also be found helping others.
James is survived by his children Erica (Doug), Trevor, and Marie; grandchildren Stetson, Easton, Tanley, Jamison, Millie, and Ridge; his sister Cindi (Wayne) as well as many nieces, nephews, and friends he considered family.
He was preceded in death by his father, James S.; mother, Bonnie; sister, Teri Ann; and brother, Eric.
Graveside services will be held on Saturday, October 2, 2021 at 2 pm at the Cliff View Cemetery in Price, Utah.

To order memorial trees or send flowers to the family in memory of James Hansen, please visit our flower store.