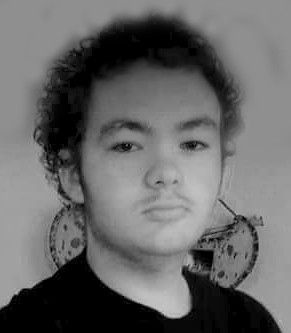 Jaevin Floyd “Skeeter” Harris, age 17, of Roosevelt, passed away June 14, 2018, from a drowning accident.
He was born December 27, 2000, in Roosevelt, to Jarvis John Murray and Neesha Mishell Richins.
Jaevin was an adventurous young man who put others before himself.  He was very spontaneous, yet quiet, but enjoyed making everyone laugh with his great sense of humor.  He had a knack for taking things apart and then making other “experiments” with the leftover parts.  He enjoyed fishing, hunting, being outdoors, making creations out of hot glue, and shooting his many guns.  He was his mother’s greatest care taker, loved life and lived it to fullest.
Jaevin is survived by his parents, Neesha Richins, James Myrick, & Jarvis Murray; step-mother, Andraya Manning; grandparents, Tammy Kosec & Gale Wilkins, all of Roosevelt; Johnny Murray, Grantsville; brothers and sisters, Oakley Harris, Jenacee Sixkiller, Suri Harris, Ostyn Murray, Gunner Murray, Everett Harris; special friends, Rory Nye, Dakota Parker (Estafani Soto); uncle, Frank Richins; great-aunt, Dori (John) Daggett; and numerous other relatives and friends.
He was preceded in death by his grandmother, Sharadee Richins, grandparents, Orvil & Beverly Myrick; great-grandparents, Annie Maxine & Frank Ferguson; and an uncle, Lane Daggett.     Funeral services will be held on Tuesday, June 19, 2018 at 11:00 a.m. at the Hullinger Mortuary  A wake will be held on Monday after 4:00 p.m. at his mother, Neesha's home in  Roosevelt.  There will be a viewing on Tuesday from 10-10:45 a.m. prior to the services at the mortuary.
Burial will be in the Ft. Duchesne Cemetery.  Condolences may be shared at www.hullingermortuary.com

To order memorial trees or send flowers to the family in memory of Jaevin "Skeeter" Floyd Harris, please visit our flower store.