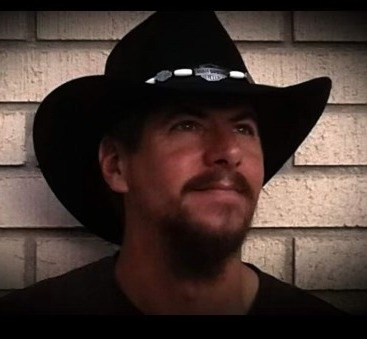 Jacob Eric Roberts, age 48, of Altonah, died on August 11, 2022, from injuries sustained in a motorcycle accident.
He was born June 27, 1974, in Miami Dade, Florida, to Leon and Terry Vougtman Roberts.  He married Rebekah Carroll on June 8, 1999, in Duchesne.
Jacob was an excellent welder and had worked for many years at Union Tank Cars, a railroad car manufacturing company, and then recently for XN Bar, an oilfield production company.  His three passions in life were riding his motorcycle, being in the mountains – he would have lived off the land if he could–  and strong coffee all day everyday. He also had a talent for fixing vehicles of any kind
His greatest loves were his family, especially his “Number 1" in his life, his wife, Rebekah, whom he affectionately called, “Baby Doll.”  He was a kind, stand-up man – until you made him mad!  He had a sense of humor and little one-liners that will be missed by all who knew him. His nieces and nephews thought he was the strongest man they knew.
Jacob is survived by his wife, Rebekah; children, Jacob Dean Roberts, both of Altonah; Jesse Caleb Roberts, Evanston, Wyoming; parents, Leon & Terry Roberts, Idaho Falls, Idaho; grandmother, Charmaine Vougtman, Nebraska; siblings, Angel Ruth Hernandez (Robert Conteres), Phoenix; Ronnie (Holly) Roberts, Delta; Leon (Leanna) Roberts, Vernal; Everett (Linda) Roberts, Idaho Falls; Terry Roberts, Idaho; Tristan (Nyah) Roberts, Idaho Falls; and numerous nieces and nephews.
Per his wishes, he was cremated and there will be Last Ride and Celebration of Life on September 9th & 10th, 2022.

To order memorial trees or send flowers to the family in memory of Jacob Eric Roberts, please visit our flower store.