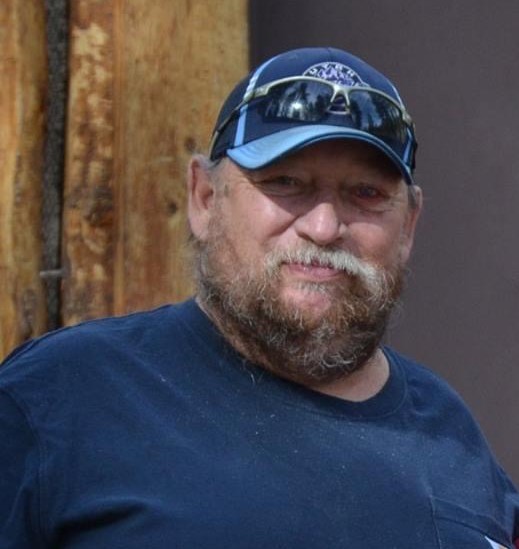 After years of battling various medical ailments, loving husband and father, Jack “Ted” Meyer returned home to his Heavenly Father on Thursday, May 6, 2021.
Although abruptly, dad did what he did all through his life, he made sure the love of his life Teresa was taken care of prior to his return home. There’s no explanation of how he knew but he did. Just prior to his death he’d been admitted to a skilled nursing center for rehabilitation, while the rest of us were prepping mom for her open heart surgery, dad randomly was admitted to the same hospital for a routine operation, the next day he and mom were on the same floor recovering. after making sure that mom and us kids were taken care of, dad abruptly started his journey home.
He was born August 1, 1952 to Jack E and Edith Marie Meyer.  He was raised between the Salt Lake Valley and the Price area, Ted settled down in the Uintah Basin after meeting the love of his life Teresa they spent their married life farming, ranching and raising 4 phenomenal children. Ted worked in the oilfields doing various jobs but he always enjoyed driving truck. all he’d talk about in his later years was all he was able to see and how no matter how many times he’d taken the same trip, he’d find something new and beautiful to look at. Although his life was never easy, he never stopped fighting, may he Rest In Peace.
Ted left behind his loving wife of 42 years, children Mickey (Josh) Sheppard, Maria (Jeremy) Wilde, Jed (Rachel) Meyer, Travis Meyer. Grandchildren Corbon Sheppard, Hailee (Justin) Winters Nate(Emily) Sheppard, Braxton Wilde, Jacob Sheppard,Shaylin Wilde, Kynlee Meyer, Kyxton Meyer, great-grandsons, Claytin Sheppard and Trevin Winters.  Siblings, Jerry(Dana) Meyer, Jay(Bobbie) Meyer, and Owen Hollobaugh
Ted was preceded in death by his parents, Jack E and Edith Marie Meyer, siblings Edward Meyer, Jean Cox, and Don Meyer as well as his mother-in-law, Thelma Arnold.
Funeral services will be held on Friday, May 14, 2021 at 11:00 a.m. at the Hullinger Mortuary with a viewing that morning from 10:00 - 10:45 a.m.
Burial in the Gusher City Cemetery.

To order memorial trees or send flowers to the family in memory of Jack "Ted" Meyer, please visit our flower store.