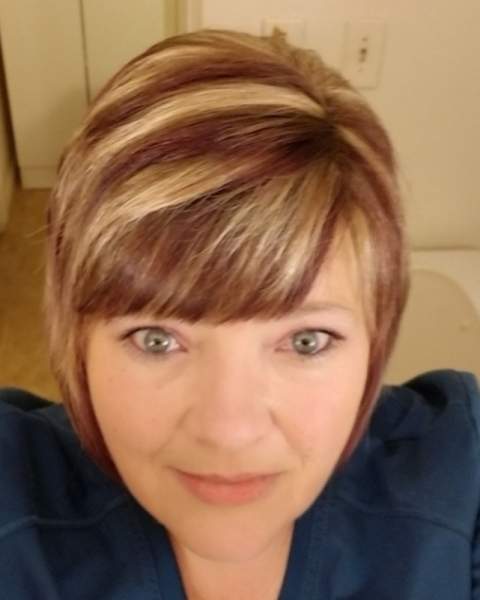 Ida Charlene Weber Atkin, age 54, of Myton, finished her work here on earth and returned to her Father in Heaven on September 7, 2022.
Ida was born on July 5, 1968, in Salt Lake City, Utah, to Jack and Sharon Beckstead Weber. She marred John Atkin on May 27, 2017, in Altamont, Utah.
Ida worked as a Lab Tech for Indian Health Services. She enjoyed live music concerts, spending time in the outdoors, and playing Candy Crush. She and John enjoyed road tripping together and she would take the chance to gamble when the opportunity found her.
She loved her kids and family. She was also an amazing aunt and helped raise her nieces and nephews.
Ida is survived by her husbnad, John, children, April (Tyler) Cox, Cody (Chree) Peterson, Albert (Salina) Peterson, Kody (Bobby) Atkin, Austin (Cheryl) Atkin, Brittney (Mitch) Nielson, Wyatt Atkin, and Sam Atkin; mother, Sharon Weber; siblings, Jeanette (Robert) Lepper, Jack (Carrie) Weber, and Teresa Weber; 16 grandchildren, and many nieces and nephews.
She was preceded in death by her dad, Jack Weber, sister, Billie Allen, grandparents, and her first husband, Richard Peterson.
Per her wishes, Ida was cremated.

To order memorial trees or send flowers to the family in memory of Ida Charlene Atkin, please visit our flower store.