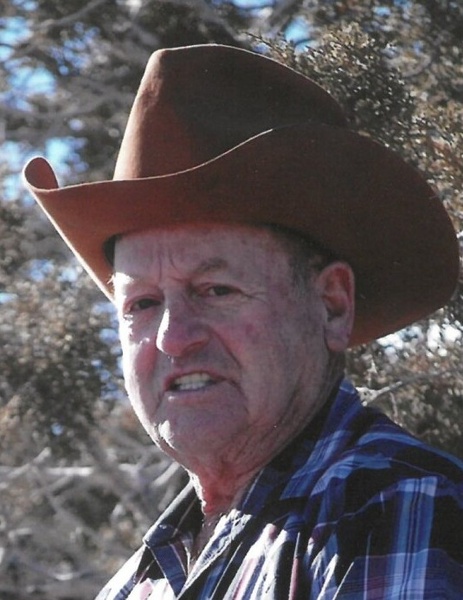 The funeral will be live-streamed here for those who cannot attend in person.  In  lieu of flowers the family requests donations be sent to Duchesne County Home Delivered Meals, 330 East 100 South, Roosevelt, UT  84066     Howard Owen Jenkins, age 91, of Bluebell, passed away June 15, 2021, at his home surrounded by his loving family.     He was born April 25, 1930, in Bluebell, to Samuel Henry and Sephronia Connell Jenkins.  He married Fontella Murray in Bluebell on March 17, 1950. Their marriage was solemnized on August 24,1951 in the Salt Lake Temple.  She passed away April 25, 2017.     Howard worked with cattle and farming for most of his life.  His favorite hobby was horse racing.  He had been part of the Bluebell Community Council and had served as president helping with the Bluebell Park and the cemetery for over 30 years.  His greatest love was his family and he really enjoyed playing Pinochle with his siblings and Hearts with his boys.       He was an active member of the Church of Jesus Christ of Latter-day Saints and had served in both the Vernal and Provo Temples as a temple worker, and in various other callings.     Howard is survived by his children, Gary (Paula) Jenkins, Sherri (Ron) Giles, and Bruce (Toni) Jenkins- all of Bluebell; 17 grandchildren, 39 great-grandchildren and 2 great-great-grandchildren; a sister, Hazel King, West Haven; and numerous nieces and nephews.     He was preceded in death by his wife of 67 years, Fontella; parents; brothers, Henry, Herbert, Joe, & Glenn Jenkins; sisters, Ruby Buckalew, Marie Hamaker, and Elaine Kappen.     Funeral services will be held on Saturday, June 19, 2021, at 10:00 a.m. at the Altamont Stake Center where a viewing will be held on Friday from 6:30-8:00 p.m. and on Saturday from 9-9:45 a.m.     Burial will be in the Bluebell Cemetery.     In lieu of flowers the family asks that you send donations to Duchesne County Home Delivered Meals, 330 East 100 South, Roosevelt, UT 84066
To order memorial trees or send flowers to the family in memory of Howard Owen Jenkins, please visit our flower store.