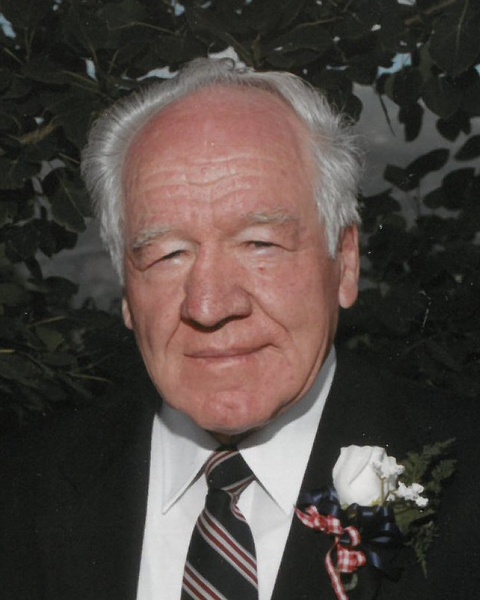 Howard Leandrew Gilbert, age 95, of Roosevelt, went to our Heavenly home to be with his wife on October 6, 2022.
He was born in Arcadia, Utah on July 31, 1927 to Ozza Leandrew and Rosa Meranda Gilbert. Dad grew up in a large family with 7 brothers and 2 sisters.
He married Betty Lou Hicken in the Salt Lake Temple on July 15, 1952 and enjoyed 63 years together. She died January 24, 2016.  They were blessed with six children.
Howard was an active member of The Church of Jesus Christ of Latter-Day Saint where he held various callings, but we think his favorite was teaching primary in his later years and also his love of being an ordinance worker in the Vernal Temple. He served a mission in the Northern California Mission in 1948 and was able to serve with his cousin Byron Gilbert and said it truly was a highlight of his life and had many fond memories of that time together and still kept in touch with the people there.
Howard and LeGrand, his brother, owned the first tank trucks to pick up the milk for the 105 producers in the Uintah Basin and  haul it to Salt Lake, Denver and sometimes to New Mexico, in his later years he hauled oil.  He had the code name "Sneaky Snake" and loved to sing the song to his children and grandchildren! He purchased an airplane in 1964 which was definitely one of the loves of his life.
He loved to fly and went back to New York with his wife and friends for a vacation at one time. Dad was always supportive of friends and family and did not miss very many weddings and special occasions no matter where they lived. Dad lost his leg at the age of 81 in a surgery that went bad in 2009 and was a very hard period of time for him and his family. He didn't wait too long to start figuring out how he was going to live the rest of his life with the loss. He found out how to wear a prosthetic leg and how to maneuver around in a motorized wheelchair. He lost his second leg on December 24, 2020.  Dad became famous as he went around and pulled and sprayed neighbor's weeds! You knew who it was as he went down the middle of the road as if he owned it! Dad was very social and outgoing and we will miss him!
He is survived by his children, Randy (Jeneil), Sally (Richard), Brent (Stacy), Karen (Gary), Dianne, Connie (Kevin), 27 grandchildren, 53 great grandchildren, sister, Ellen Goodrich.
He was preceded in death by his wife, Betty, his parents, his sister, Ruth Murphy, brothers, Willard, Robert, Glen, Garn, Bryant, Larry & LeGrand, and grandson, Michael Kent Gilbert.
Funeral services will be held on Monday, October 10, 2022 at 11:00 a.m. at the Roosevelt East Stake Center.  Viewings will be held on Sunday evening from 5:00 - 7:00 p.m. at the Hullinger Mortuary and Monday at the church from 10:00 - 10:45 a.m.
Burial in the Roosevelt Memorial Park.

To order memorial trees or send flowers to the family in memory of Howard Gilbert, please visit our flower store.