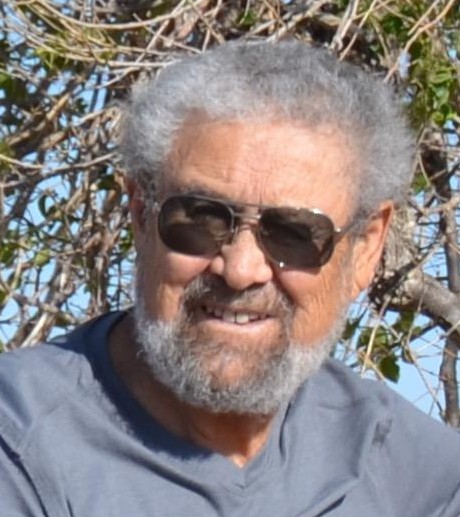 Henry James Barela, age 79, of Randlett, passed away July 12, 2018, peacefully at his home, surrounded by his son and daughter, after a long battle with cancer.
He was born April 30th, 1939, in Raton New, Mexico to Henry Barela Sr and Josephine Barela. He married Peggy Ann Wardle on December 1, 1966 in Evanston, Wyoming.
Hank, as known by everyone, graduated from Superior High School in Superior, Wyoming in 1957. He joined the United States Navy where he was an electrician on the aircraft carrier U.S.S Princeton. After serving his country he drove truck for a few years across the United States and started working in construction. He loved building things and became a carpenter by trade. There was nothing he couldn’t build. He was very skilled in all aspects of construction, from concrete, framing, electrical, plumbing, sheetrock and finish work. He built his home in Randlett over the course of a few years on weekends. He then built “Peg’s Café” which his wife operated for the next 24 years. He loved the outdoors where he and his son made many memories hunting and fishing in the Bookcliffs and South west Wyoming.
Henry is survived by his son, Hank James Barela, Randlett; daughter, Jamie  Lynn Barela, Vernal; grandchildren, Brandilyn McCurdy (Jared); Jacob & Tyler Reeves; great-grandchildren, Aiden Dilworth, Brooke McCurdy, Haven McCurdy, Ethan McCurdy; and nephew, Chuck (Becky) Valdez.
He was preceded in death by his parents, Henry Sr & Josephine; wife Peggy Ann; brother Rocky, and sisters Margret and Ester.
No funeral services will be held per his wishes.  In lieu of flowers if you would like you may donate money to the Huntsman Cancer institute for research in Henry’s name.

To order memorial trees or send flowers to the family in memory of Henry Barela, please visit our flower store.