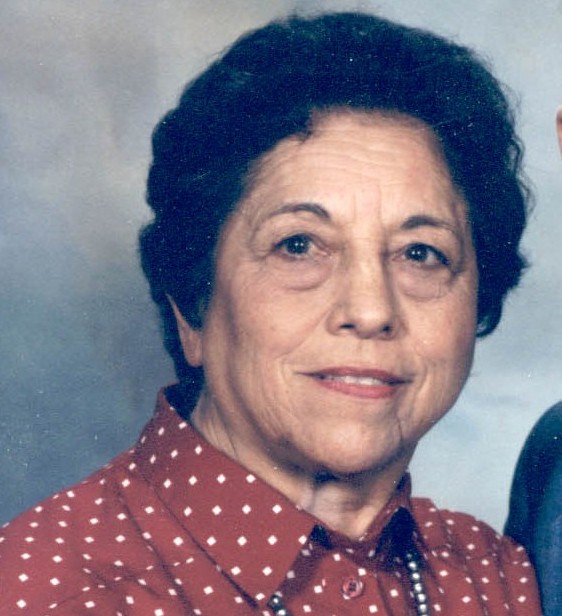 Helen Harris Wilkerson, age 92, of Roosevelt, passed away January 19, 2018, at the Parkside Manor.
She was born in Fort Duchesne on November 13, 1925, to Muse K. and Ivy May Harris. She was the seventh of nine children.
Growing up, Helen attended Roosevelt High School and Sherman Institute in Riverside, California. During her younger years, she was employed at Marion's Variety and Hazel's Ice Cream Shop, which was a hangout for the kids.  During WWII, she worked at Hill Air Force Base doing her part for the war effort. After the war ended Helen worked at JCPenny in Roosevelt.
On August 30, 1948, she married Floyd Wilkerson in Salt Lake City. This marriage was sealed in the Salt Lake Temple a few years later. They were the parents of six children which they raised on a ranch in Neola.
At an early age, Helen displayed a talent for art and enjoyed drawing and painting throughout her life. She was an outstanding mother and excellent cook. She made the best bread and cinnamon rolls and everyone was welcomed at her table. Her family always came first before her own needs.
She was active in the LDS church all her life. She loved the gospel and served in every organization, including Relief Society, Sunday School and as a temple worker in the Vernal Temple.  She always tried to be good and kind, and was an excellent example to her children and grandchildren. She believed in the power of prayer and was a spiritual force in her family's lives.
Helen loved her sisters. They were best friends all of their lives. They enjoyed playing games, hunting arrowheads, metal detecting, going to yard sales and laughing. Whenever they were together, it was a party.
She was kind and never spoke badly of anyone. She treated everyone with respect and fairness. Helen is greatly loved by her family and will be missed by everyone who knew her.
Helen is now reunited with her husband, Floyd, her parents Muse and Ivy, children Karen and Rodney, grandchildren, Shawn Ory, Wylee Wilkerson, and Malinzi Glines; sisters Eva Holmes, Irma Lyons, Merle Murdock, Norma Quinn, and Fern Burdick; brothers, Ab and Rodney Harris.
She leaves behind her children Myrna (David) Richman, Pamela (Larry) Glines, Val (Carma) Wilkerson, all of Roosevelt, Drew (Debra) Wilkerson, Neola; a sister, Elva Gardner; 16 grandchildren, 30 great-grandchildren, and 2 great-great-grandchildren.
Funeral services will be held on Thursday, January 25, 2018, at 11:00 a.m. at the Roosevelt West LDS Stake Center.  There will be a viewing on Wednesday from 6-8 p.m. at the Hullinger Mortuary and from 10-10:45 a.m. Thursday at the church.
Burial will be in the Roosevelt Memorial Park.  Condolences may be shared at www.hullingermortuary.com.
A special thanks is given to Parkside Manor for their wonderful care of Helen.

To order memorial trees or send flowers to the family in memory of Helen Wilkerson, please visit our flower store.