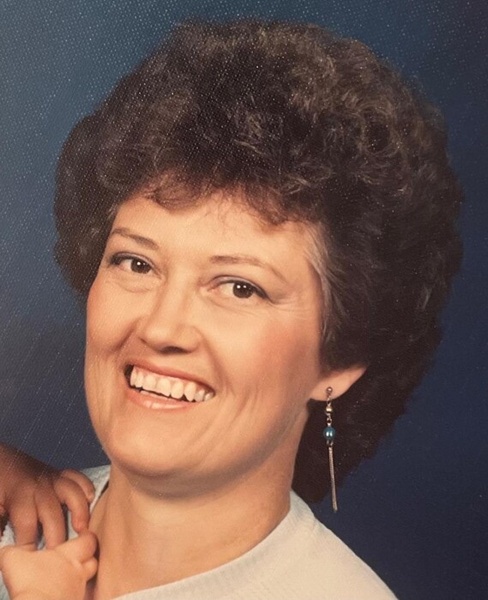 Helen Marie Allred Abbott, age 74, of Duchesne, passed away May 12, 2021, at the Utah Valley Regional Medical Center in Provo, due to complications with an infection post knee replacement surgery. She will be truly missed.
Helen was born on May 29, 1946, in Roosevelt, to Jack K and Verna Thacker Allred. She had a wonderful childhood growing up on the family farm in Altonah, and deeply loved her parents and siblings. Her siblings (six total) were her life-long best friends. In addition, her parents were both from large families; her father was the second of ten children, and her mother was fourth of fourteen. That meant lots of aunts and uncles and cousins. This large extended family has kept in touch well for years, celebrating almost every summer at family reunions.
Helen married Robert “Bob” Allen of Milford on October 10, 1962 at age 16. Shortly after, Bob went to Korea for a year to serve in the army. Helen lived with her sister Doris in Layton and went to beauty school, graduating a year later with a beautician’s license. After Bob returned, they moved around the country, starting in El Paso, Texas, back to Salt Lake, Provo, then to Washington state in Ephrata, Richland, and Walla Walla, and finally to Battle Mountain, Nevada. Nathan and Sarah were born in Salt Lake and Eric in Ephrata. Helen noted in her journal that it was during these difficult years that her testimony of the gospel grew and she was deeply grateful for her association with the wards and branches of the church in each of these locations.

Helen filed for divorce in June of 1976 and moved back to Altamont with her three kids, where she opened a beauty shop to support her children. She was very grateful for this time to be back close to family. In September of 1979 she attended a regional church outing in Grand Junction, Colorado and there met Jay Abbott.
Helen married Melvin Jay Abbott on March 28, 1980, in Altamont. After a honeymoon to the Caribbean, Helen moved to the farm in Duchesne and began the work of uniting their families and building a life together. Jay brought four children to the union: Russ, Korey, Letetia, and Ryan. Helen worked hard and loved all of the children as her own. She continued to operate the beauty shop in Altamont and moved the shop to Duchesne in the fall on 1984. Helen and Jay had one child together, Tim, in 1985. Helen took a break from the beauty shop for a time, but started again in 1987 and finally closed the shop in 2002. She loved visiting with all her clients, and often dropped by various homes after work to help with needs she’d learned about during the day.
At home, Helen loved to grow a large garden, notably lots of tomatoes, cucumbers, and beans. Fall time was for canning, where the garden harvest was masterfully preserved and enjoyed all year long. She was famous for her pickled beans. She also loved making jam from apricots and rhubarb. In addition to the garden, she loved flowers and taking care of the yard. In recent years, she really came to love her riding lawn mower. She gave the lawn the first mow of the season just a few weeks ago. Grandchildren were always a priority for Helen. During her favorite holiday, Halloween, she loved putting together a spook-alley and games for them.
Helen and Jay were sealed in the Salt Lake Temple on June 2, 1993. They later served a proselyting mission in Houston, Texas for 18 months, and Helen described it as “the experience of a lifetime.” They later did a service mission in Independence, Missouri for 18 months where they took care of all the nearby church history sites in Independence, the Liberty Jail, Far West, Haun’s Mill, and Adam-ondi-Ahman. Back at home, they served for 18 months as missionaries at the Duchesne County Jail teaching classes on addiction recovery. Later, they worked for 7 years as ordinance workers in the Vernal Utah Temple. Helen was active for several years in the Daughters of Utah Pioneers, and was currently serving as Captain of the local camp. Helen dedicated her life to serving others, both inside and out of the church, and was always willing to help anyone at any time.
In recent years, Helen and Jay also enjoyed traveling. Though Helen was a homebody at heart, she enjoyed a good adventure. Together they went on cruises to both Hawaii and Alaska. They traveled throughout the US, including the California coast, church history sites of the Northeast, a country music tour through Branson Missouri, and a riverboat tour from New Orleans up the Mississippi River. They also traveled with their son Tim and his family to France and England, where they visited the hometowns of many of their ancestors.
In January 2021, Helen completed a 100-page personal history and concluded the writing with: “I just want my family to know that I love them. I have enjoyed being their mom. Families are forever and we need to enjoy every day with them. None of us know how much time we have, so we need to make the best of it while we can. Love to all.” We love you too dear mother.
Helen is survived by her husband, Jay Abbott of Duchesne; children Nathan Allen of Stockton, California; Sarah Jessop of Lehi; Eric Allen of Meeker, Colorado; Russ, Korey, Letetia, & Ryan Abbott, all of Duchesne; and Tim Abbott of Oakland, California; 19 grandchildren and 23 great-grandchildren; siblings, Jeane Lambert of Tooele; Bob Allred of Bridgeland; Gwen Beal of Altamont; and numerous nieces and nephews.
She was preceded in death by her parents, Jack and Verna, a sister, Doris Hislop, a sister, Janet Allred (died at birth), and a brother, Chip Allred.
Funeral services will be held on Saturday, May 22, 2021, at 11:00 a.m. at the Bridgeland Chapel of the Church of Jesus Christ of Latter-day Saints. A viewing will be held that morning from 9:00 -10:45 a.m.
Burial will be in the Duchesne Cemetery.

To order memorial trees or send flowers to the family in memory of Helen Marie Abbott, please visit our flower store.