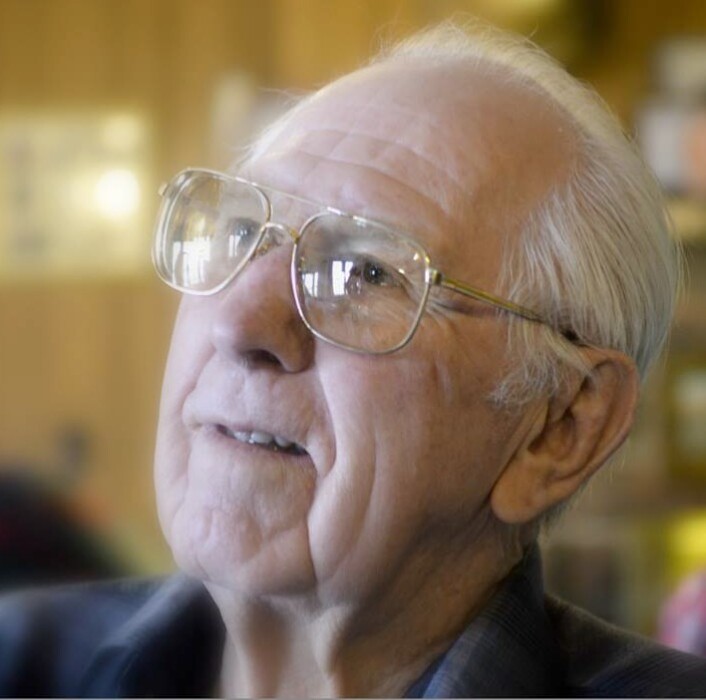 He was born in Myton, Utah on January 7, 1922, to Sallie Gore Calvert and Columbus Orvillee Cooper. After attending Myton Elementary and Roosevelt High, he proudly served 3 years, 4 months, and 5 days in the Army Air Force during WWII.

On August 9, 1946, he married the love of his life, Alexia (Ludy) Lewis Cooper after a courtship of one month and three days. They were blessed with a family of seven children that he loved very much.

In Myton, Bud served as a city councilman, and he and Ludy founded the Myton Memories Museum. He was a proud member of The American Legion organization for 75 consecutive years, from 1945 until the day he passed. He owned service stations and grocery store businesses in California and Utah for many years, most notably Bud’s Fort Myton.

Bud loved telling stories of growing up on the ranch, how he saved and cared for baby animals, like owls and skunks, and how he trapped muskrats as a teenager to buy parts to build his first car, a Model T. Bud loved playing baseball on Sunday’s for Myton City’s baseball team and dancing on Saturday nights at the Myton Legion Hall. He and his friends played elaborate practical jokes and loved making people laugh. Bud loved people deeply and lived to serve his community and lend a hand. He was gentle, strong and generous --a brilliant man who thought for himself.

We extend our sincerest appreciation to the outstanding caregivers --or angels, as Bud called them, who helped make it possible for him to live almost his entire life in his own home, Tawnya Fowler, Lori Tanner, Mariah Mildon, Judy Doesburg, Marilyn Zufelt, Gayle Farley, and Staci Reecher. We are also grateful to the staff at the George E. Wahlen Ogden Veterans Home for the superior care he received during the month he lived there.

The immediate family will attend a military memorial service on Saturday, October 24, 2020, at 1:00 pm at the Myton City cemetery. A public celebration of life will be held in the Spring.

In lieu of flowers, please consider a donation to the Myton Memories Museum or the American Legion.

To order memorial trees or send flowers to the family in memory of Haydon "Bud" Cooper, please visit our flower store.