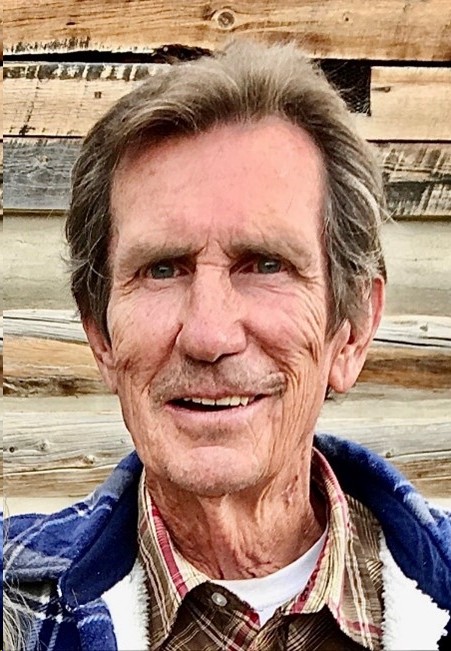 PLEASE NOTE THAT THIS OBITUARY HAS BEEN PLACED ON OUR WEBSITE AS A COURTESY TO THE THOMAS FAMILY.  HULLINGER MORTUARY IS NOT HANDLING THESE SERVICES.

Guy William Thomas passed away Sept.18, 2020, at the age of 70.
Guy was born January 10, 1950 in Price, Utah, to Theodore “Ted” William, Jr., and Gloria Ada Denison. Guy is the namesake of his great-uncle, Guy William Thomas, who died from injuries he sustained in the battle of Belleau Woods, during WWI.
Guy moved around to many places throughout his childhood and adult life, but his heart always brought him back to where he felt most comfortable and called home, Myton.
Guy has three sisters. He loved them and was very protective of them. His younger brother “Teddy” died at the age of 17, from injuries he sustained in an automobile accident. This was a tragic loss for all of the family.
Many of his fond memories centered around his family. While living in Price, he was blessed to have grandparents, from both sides of his family living next door. His great-grandparents lived within walking distance and his Denison cousins lived close by as well. The arrival of the Thomas cousins traveling from both the Basin and California was a much anticipated gathering. Building and floating boats down the gutter was a joyous activity that lasted many hours.
After Guy’s family moved to the old Myton hotel, new memories of being together and having fun continued on. The new stomping grounds was on the South Myton Bench playing with the Monks cousins.
Every Sunday in the summer you would find five families; the Thomas’, Monks’, Beyzacks’, Coopers’ and Motts’ arriving early at Boreham Lake (Midview Reservoir) to claim their spots. They looked forward to spending a full day together as family and dear friends. This was an opportunity for Guy and others to show off their athleticism and tricks while water skiing. The day also included; boat rides, swimming, yummy food, visiting and a bonfire.
Guy was very skilled in many trades, especially welding and carpentry.
He was smart and learned things easily. You could sometimes catch him enjoying an old western movie along with a bowl of maple nut ice cream.
He liked going for rides, being in the mountains, and fishing. He loved animals, especially dogs. He often put their needs before his own.
Guy also liked organization, a well kept and tidy place. This applied to his appearance as well. You would find him in a pressed button down shirt, pressed wrangler jeans, and polished cowboy boots. He had a head full of dark hair slicked back like his dad. He had beautiful blue eyes outlined with a darker blue rim around them like his momma. Most times you were greeted with a big friendly smile.
He has three children; Jennifer, Quentin and Kris and a grandson, Thomas. Guy was, in his heart, a kind and loving soul that loved his children, family, extended family and friends.
Guy is survived by his children; Jennifer Hastings, Langley WA; Quentin Hoopes, Fruita, CO; Kris Thomas, SLC, UT; siblings, Susan Louise Nielsen, Myton, UT; Cindee (Wes) Thomas-Whitaker, Chickasha, OK; Charla Crosby, Moab, UT; step-mother, Joann Thomas, Steamboat Springs, CO;  grandson, Thomas Hastings, Langley, WA; 12 nephews and nieces and lots of cousins.
He was preceded in death by his parents, Theodore “Ted” William, Jr., and Gloria Ada Denison, brother, Theodore Hans “Teddy”, brother in laws, Floyd Nielsen and Billy McClure.
It was Guy’s wish to be cremated. There will be no funeral services held at this time. A gathering of family and close friends will take place at a later date to honor the life of Guy and to spread his ashes.

To order memorial trees or send flowers to the family in memory of Guy William Thomas, please visit our flower store.