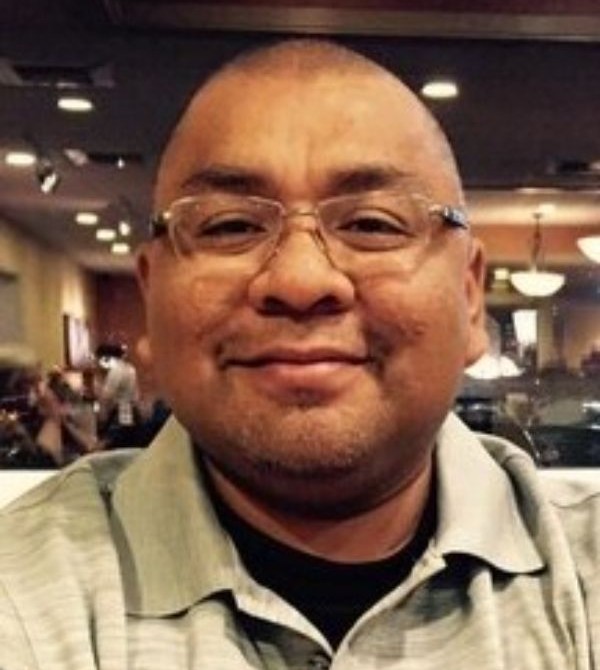 He was born July 20, 1973, in Roosevelt, to Stanford and Jeanitta Cuch McCook. He was companions for many years with Heather Martinez until she passed away. He married Angelica Antone on February 21, 2008, in Ft. Duchesne.
Greg was a devoted and loving father & grandfather, and was “everyone’s uncle.” He enjoyed building things with wood as well as hunting and traveling. He was an avid fan of Star Wars & GI Joe, and had extensive collectibles of both movie franchises. He liked to watch movies and play video games.
Greg had been the Whiterocks Community President for a couple of years and was a member of the St. Elizabeth’s Episcopal Church. He is much loved and will be deeply missed.
Greg is survived by his wife, Angelica, of Whiterocks; children, Christian Quinn, Vincent Quinn, Paris (Brice) Quinn-Nielson, David Quinn, James, Vanessa, & Marcus Antone-Quinn, all of Whiterocks; grandson, Samuel Quinn-Nielson; sister, Raycita Quinn, Ft. Duchesne; other siblings, Mallory, Jan Michael, & Quinton Serawop; god-children, Meridyth Simmons, Cebron MountainLion, Antonia Black; aunts, Marion Serawop, Dolly Cuch; great-aunt, Ina Jane Cuch Nephi; and many nieces and nephews.
He was preceded in death by his companion, Heather Martinez; parents, Stanford & Jeanitta; grand-parents, Marion Ray, Ruth Quinn, Ouray & Georgia Williams McCook.
Per his wishes, he was cremated

To order memorial trees or send flowers to the family in memory of Greg (McCook) Quinn, please visit our flower store.