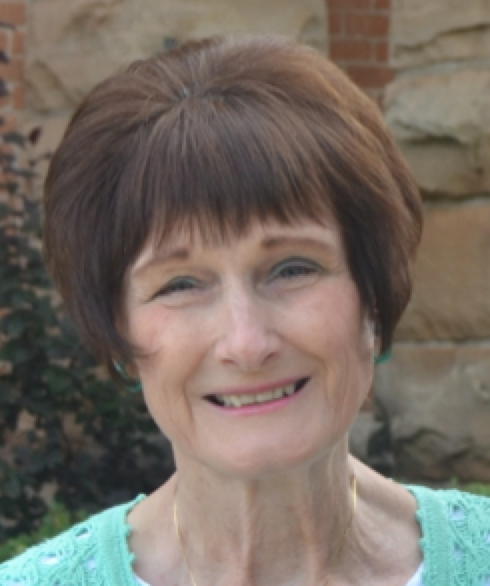 Gloria Jeanne Holgate Manning, age 77 of Ioka, a noble daughter of our Father in Heaven, beloved wife and mother, returned to her heavenly home July 30, 2022, following extended illnesses.
Born December 28, 1944, in Salt Lake City, to Sherm Hale and Lorna Jenkins Holgate, second of seven children, Gloria attended schools in Myton, Roosevelt, Woodland and Salt Lake City.  She was enrolled at LDS Business College prior to serving in the Southwest British Mission for the Church of Jesus Christ of Latter-day Saints.  Following her mission, she chanced upon her future husband, Dennis Charles Manning, at an Institute dance at the U of U.  They had met briefly as missionaries in England with no thought of the wonderful future they would enjoy together.  Ten weeks later on December 14, 1967, they married in the Salt Lake Temple.
Gloria became the mother of nine children.  After her last child entered school she worked in Duchesne County Schools as a substitute teacher, teacher's aide and 1st grade teacher.   She then taught music to students in Neola and Myton Elementary Schools for several years.
Gloria was a marvelous homemaker with a special gift for preparing delicious, nutritious meals for family and treats for temple workers and others.  Music and dancing were a passion.  She also loved to make quilts as gifts for family and friends.
For the past 51 years Gloria was a resident of Ioka.   The desire of her youth to travel the world was fulfilled as she accompanied her sweetheart throughout the US and Canada, England, Scotland, Wales, and even to Australia and Japan, as well as living in Alaska and Texas.
She faithfully fulfilled many callings in the Church of Jesus Christ of Latter-day Saints, inlcuding, Primary President, Young Women's Presidency, Ward Missionary, Sunday School teacher and Vernal Temple ordinance worker. She served twice as a ward Relief Society President, the last time for 7 years with 3 different bishops.  She and her husband served three years in the Cebu City Philippines Temple.  She loved to dance especially with the native Filipino sisters.
She is survived by her husband, Dennis, six sons and two daughters; Dennis Nephi (Whitney) Williamsburg VA, Ammon (Ruth) Vernal, Aaron (Andraya) Ioka, Jacob (Rechelle) Ioka, Gina, Vernal, Jarom (Shenise) Clarkston UT, Heather ( (Joe) McGivern,  Kaysville UT, Moroni (Kami) Ioka, 35 grandchildren, 16 great-grandchildren and a sister, Ranae (Scott) Thornton, and a brother, Ralph Holgate.
She was preceded in death by a her parents, a son, Jared, and a great-granddaughter, Railyn Manning.
The family wishes to extend deep heart felt gratitude to the Home Health and Home Help staff who so gently and lovingly assisted Gloria during her trials.
Funeral services will be held at 11:00 am, Saturday, August 6, 2022, in the Myton chapel of the Church of Jesus Christ of Latter-Day Saints.  There will be a viewing on Friday from 6-7:30 p.m. at the Hullinger Mortuary and on Saturday morning at the church from 9:30 a.m - 10:45 a.m.

Burial will be in the Roosevelt Memorial Park

To order memorial trees or send flowers to the family in memory of Gloria Jeanne Manning, please visit our flower store.