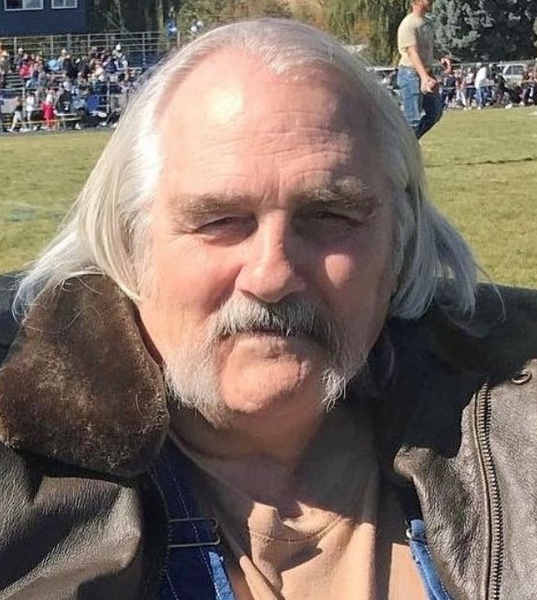 PLEASE NOTE THIS SERVICE HANDLED BY THE METCALF MORTUARY IN ST. GEORGE. THIS OBITUARY IS BEING PLACED ON OUR WEBSITE AS A COURTESY TO THE FAMILY

Glenn C. Wilkerson, 70, passed away January 22, 2022, at St. George Regional Hospital due to complications of paralysis. He was born October 25, 1951, in Roosevelt, Utah to “Carl” Lance Sircarrell Wilkerson and Donna B. Rasmussen.
Glenn grew up in a large family with five brothers and one sister. He attended Duchesne High School, Class of 1969. He also attended The Utah Technical College of Provo and received a certificate in Auto Body Repair. He was proud of where he grew up, in a small community where he played basketball, wrestled, rode horses and motorcycles.
Glenn enjoyed old cars, motorcycles, and car shows. He often could look at an old, restored car, drive by and call out the year, make and engine of the car. He also had a passion for Corvettes and would talk about the ’69 Corvette he had owned when he was younger.
In 1980, Glenn was paralyzed in an industrial accident while working on a drilling rig. He didn’t let his handicap keep him from a lot of his life passions. He continued on to be a business owner in Las Vegas, represented the local community in a wheelchair basketball league and took first place in the State of Nevada for Billiards.
Glenn’s greatest passion in life was his family and friends. He would drive for hours and sleep in his vehicle just to be able to attend family functions, sports, dance recitals and reunions. He loved to travel and loved to take the road less travelled – “The Scenic Route”. He also loved playing games at the table. Whether it was a heated game of Hearts with his father and brothers or a game of Uno with his kids and grandkids, he played to win! He always kept it fun and competitive.
Glenn had a big heart and held compassion for all. He always gave the benefit of the doubt and believed everyone deserved a second chance. He believed in the “good” in everyone.
Glenn is survived by his mother, Donna B. Wilkerson of Heber, UT; daughter, Nichole Wilkerson of Hurricane, UT; son, Christian (Sheena) Wilkerson of Roosevelt, UT; and his grandchildren: Gavin Wilkerson, Ava Wilkerson, and Nina Wilkerson.
A celebration of his life will be held in Duchesne, Utah at a later date.