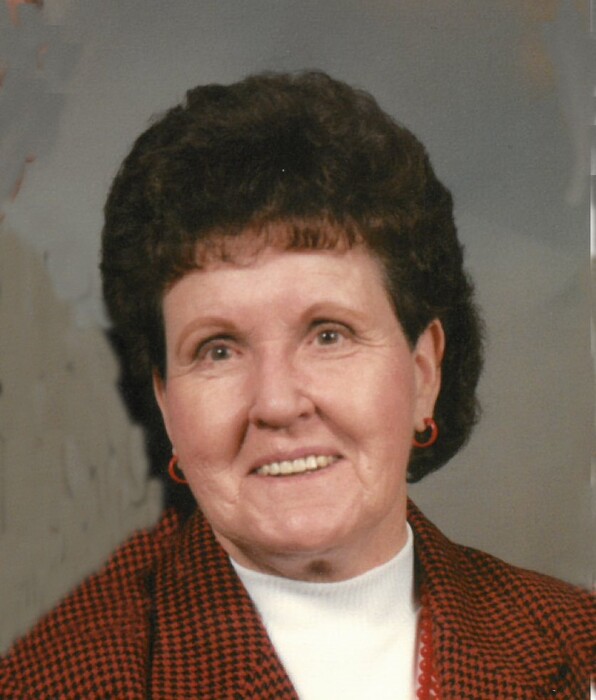 Due to COVID-19 restrictions, the family requests that only family and close friends attend.  We will be live streaming the service.  You can access the services at the bottom of Glady's page, on the day of the funeral.

This week we said goodbye to our Mom and our Grandm, Gladys Henrietta Jarman, at the young age of 99 on November 4, 2020.  We have been blessed to have had her in our lives for so many years. A constant, loving, anchor to our family.
Her parents, John David and Mary Ann Peterson Young celebrated her arrival on September 16, 1921. She was the 6th child of 10.  She came from humble beginnings, but despite it all, she came away with a love for music and dancing as a young girl and up until her last moments music was a loyal companion.
She was born in Whiterocks, but grew up mostly in Randlett. When a certain neighbor boy came home from his missionary service in California, she saw that white-blond hair and black suit and fell in love. Gladys and Ward Jarman were married in the Salt Lake Temple on June 28, 1946. They wasted no time in starting a family and welcomed 4 children into the world. Although she had odd jobs from time to time, being a wife and mother always came first and she was a master homemaker. If you weren’t a recipient of her homemade bread, cinnamon rolls, or donuts you really have missed out. She also enjoyed sewing, quilting, gardening, and above all flowers and dancing.
They spent the early part of their marriage and family life in Randlett then later moved to Vernal. Ward passed away July 10, 1991. She then married Glenn Allred in September 1992 and he passed away in December of 1995.
Until the last couple of months, Grandma Jarman was still trying to tease us, give us a hard time if we hadn’t visited enough, and laughing when we would ask her if she had found herself a boyfriend yet. Anyone who knew her was not safe from being teased and knew of her spunky, feisty, or sassy side.
She was preceded in death by her parents, husbands Ward Jarman and Glenn Allred, son and wife – Garth and Debbie Jarman, granddaughter – April Jarman Labrum, and infant great-grandson Garth Ward Jarman III, brothers – Bert Young, Bill Young and Ervin Young, sisters – Reva Daniels, Madge Collier, Burniss Glenn, Doris Colton, and Claris Broome.
She is survived by: daughters – Marsha (Bryce) Moore, Roosevelt,  Joan (Scott) Sheffer, Vernal; son – Bruce (Sandie) Jarman, Randlett; sister – Donna Seymour, California; 11 grandchildren, 23 great-grandchildren and 4 great-great-grandchildren.
To the Uintah Care Center, our family would like to express our heartfelt appreciation for the endless support and loving care of our mother and grandmother.
Funeral services held Monday, November 9, 2020, at 12:00 noon at the Hullinger Mortuary.  Burial in the Avalon Cemetery

To order memorial trees or send flowers to the family in memory of Gladys Jarman, please visit our flower store.