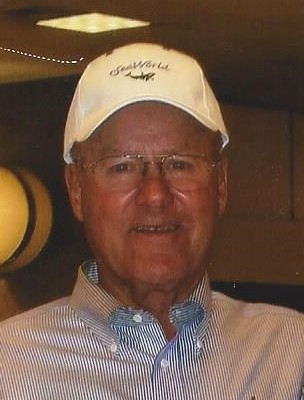 Gerald Luther Mobley, age 83, of Neola, passed away August 5, 2018,  from complications of ulcerative colitis at home.
He was born January 24, 1935, in Pampa, Texas, to John Theodore and Viola Bratton Mobley.  He was married previously, but found the love of his life, Larain Long, and married her on June 10, 1981.  They were later sealed in the Salt Lake LDS Temple.
Gerald loved his childhood and enjoyed sharing stories of vacations, summers spent with his grandparents, his first horse, Snip, and the fireworks stand he operated with his brother, Ray.  He was an exceptional baseball player and played for a minor league team in Texas. He was offered the opportunity to play for a major league team but joined the Navy instead. While in the Navy he was stationed in Long Beach. He was proud to have served his country and liked to tell of his experiences onboard ship and about the different ports.
Gerald began his oilfield career early working along side his "daddy". He loved working and could not have been happier anywhere else.  He moved to Utah in 1971 while employed with Flint Energy. He soon started his own electrical contracting business, Mobley Industrial Services, and worked for most of the oil companies in the Basin.  He was willing to share his knowledge with anyone who wanted to learn. He was always interested in how technology was changing and improving the oilfield.
He was a member of the Church of Jesus Christ of Latter-day Saints. His favorite calling was Young Men's President. He thoroughly enjoyed taking the young men to the High Uintas on horseback and riding the train to Glenwood Springs to go to the hot springs. He loved interacting with the youth and teaching them.
We know he is in heaven riding horses, driving motorcycles, playing baseball, and catching up with his family there.
Gerald is survived by his wife Larain, of Neola; a son, Mike (Terri) Mobley, Denver, Colorado; step-children, Gary Dye, Valencia, California; Craig (Susie) Dye, Henderson, Nevada; Cory (Susie) Dye; Raquel Dye, both of Roosevelt; and numerous grandchildren and great-children.
He was preceded in death by his parents, John L and Viola Mobley, parents-in-law, Winfred and Delma Long; sister, Mary Hatcher; brother, Chuck Mobley; brother-in-law, Charlie Hatcher.
Funeral services will be held on Saturday, August 11, 2018, at 11:00 a.m. at the Neola LDS Chapel.  There will be a viewing on Friday from 6-8 p.m. at the Hullinger Mortuary and from 10-10:45 a.m. Saturday at the church.
Burial will be in the Neola Cemetery with Military Honors by American Legion Post 64.

To order memorial trees or send flowers to the family in memory of Gerald Luther Mobley, please visit our flower store.