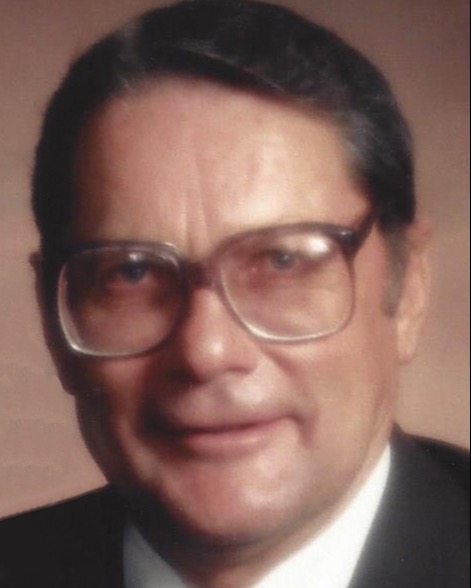 Gerald Farris Henrie, age 87, of Neola, Utah, passed away January 6, 2023, in Lehi, Utah.
He was born January 25, 1935, in Neola, Utah, to Farris and Myrtle Irene Allred Henrie, the first of four children.
Gerald attended Neola Elementary, Roosevelt Jr. High and graduated from Union High School in Roosevelt.  He met Coralie Jane Maxfield while delivering pop at the July 24th Altamont Rodeo and later married her on April 12, 1957, in the Salt Lake Temple. They spent 61 years together working hard, serving others, and raising seven children.  Gerald is more than excited to be with his “eternal sweetheart” since her passing in 2018.  He missed her every day.
Gerald served a full-time church mission to the Gulf States Mission.  He was drafted into the US Army and served during the Korean War.  He graduated from Brigham Young University with a BS degree in Animal Science and Range Science and worked many years for the US Bureau of Land Management. The BLM took their family to Bakersfield, California, Boise, Idaho, and ended in Vale, Oregon. He later purchased a Chem-Dry Carpet Cleaning franchise in Utah and Colorado which brought his family back to Neola.  His hobbies included photography, genealogy, fishing, woodworking, and bringing home wildlife pets for his kids to play with.
Gerald is a faithful member of The Church of Jesus Christ of Latter-day Saints and served in various callings.  One of his favorites was serving as Bishop of the Vale 1st Ward. He also loved serving with Coralie, on two temple missions, one in Seoul, Korea, and one in Manila, Philippines.  They also served and enjoyed working together in the Vernal Temple.
Gerald loved his family and is survived by all seven of his children, Deborah (Ron) Belnap, Vale, Oregon; Doran (Nancy) Henrie, Layton, Utah; Bryan (Reneé) Henrie, Aledo, Texas; Wendell Henrie; Warren (Mary) Henrie, both of Lehi, Utah; Brenda Hansen, Logan, Utah; Kyle Henrie, Syracuse, Utah; 22 grandchildren, 18 great-grandchildren; sister, Shorlet (Wayne) Leavitt, South Jordan, Utah; brother, Rouel (Beverly)Henrie, Neola, Utah; and numerous nieces and nephews.                                          He was preceded in death by his wife, Coralie; parents, Farris & Irene Henrie; sister & brother-in-law, Sherene & Jay Whiting.
Our hearts are full of gratitude to all of Dad’s Neola neighbors and friends who cared so diligently and lovingly for him after our mom passed away! Dad was also very appreciative of the staff at Pointe Meadows Rehab in Lehi. Dad’s heartfelt desire, during his short stay in Lehi, was to return HOME - to his sweetheart or Neola.
Funeral services will be held, Wednesday, January 18, 2023, at the Neola Chapel at 1 PM.  A family greeting will be held prior to the funeral at 11:00 AM – 12:45 PM at the Neola Church.
Burial in the Altonah Cemetery with military honors presented.

To order memorial trees or send flowers to the family in memory of Gerald Henrie, please visit our flower store.