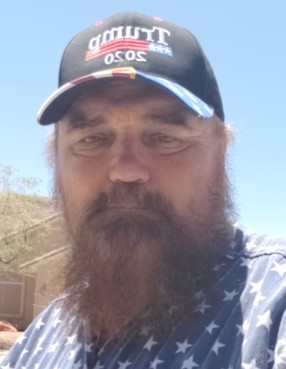 PLEASE NOTE: THIS OBITUARY IS BEING PLACED ON THIS WEBSITE AS A COURTESY TO THE FAMILY.  THE HULLINGER MORTUARY DID NOT HANDLE ANY OF THE ARRANGEMENTS OR SERVICES.  On April 8th, 2020, Gene S. Wilkerson passed away peacefully while surrounded by his family following a courageous battle with liver cancer. Gene was 60 years old and resided in Hurricane, UT. Gene was born on July 21, 1959 in Roosevelt, UT, to father (Carl) Lance Sircarrell Wilkerson and mother Donna B. Rasmussen. He grew up in a large family with five brothers and one sister. Throughout High School, he excelled in sports graduating from Duchesne High School in 1977. Shortly after High School, he enlisted in the United States Marine Corps becoming Lance Corporal Gene S. Wilkerson on December 1st, 1979. He then attended Salt Lake City Community College to pursue his business degree. Gene was a successful and driven businessman, but his one and only passion was his time spent riding his motorcycle across the country. Gene is survived by his mother Donna B. Wilkerson, as well as his brothers Glenn C Wilkerson, Tracey L. Wilkerson. He is preceded in death by his father (Carl) Lance Sircarrell Wilkerson, his sister, Judy Wilkerson & brothers Lance Terry Wilkerson, Garth R. Wilkerson & Nephew Lance Wilkerson. Gene wishes were to be cremated and his ashes will be interred at the family plot in Duchesne Cemetery. A service will be held at a later date. The family would especially like to thank everyone for their love and prayers. In lieu of flowers, please send a donation to Wounded Warriors.

To order memorial trees or send flowers to the family in memory of Gene S Wilkerson, please visit our flower store.