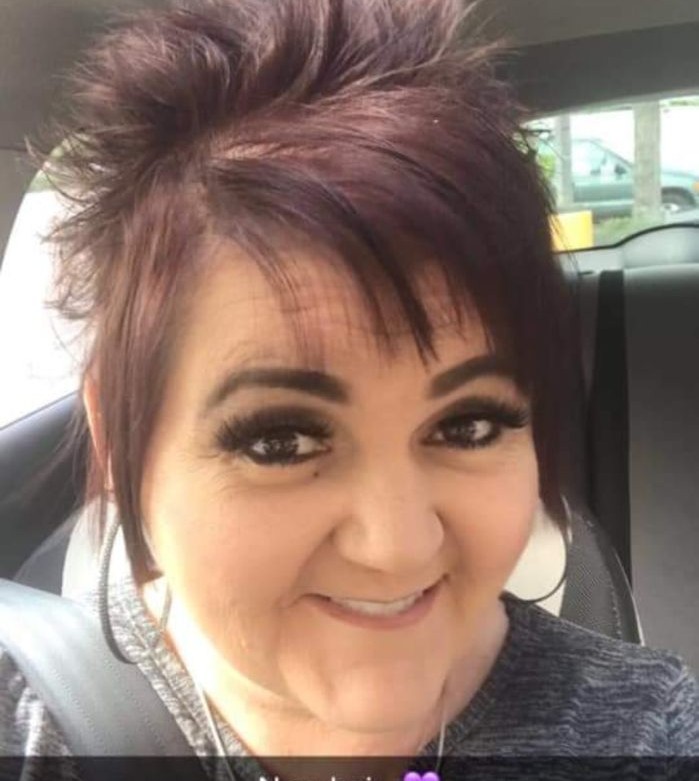 Gaylene P. Gilson, age 47, of West Valley City, formerly of Roosevelt, passed away March 22, 2022, at the Intermountain Medical Center in Salt Lake City.
She was born May 19, 1974, in Roosevelt, to Gail N and Joan Christensen Potter.  She married Russell Gilson on August 29, 2018, in Salt Lake City.
Gaylene went to school and received a business associates degree and later got her CDL.  She worked as a receptionist for doctors’ offices and then drove truck in the oil field.  She was a talented crocheter and created blankets, afghans, hats, cozies – just about anything – and gave them away to everyone.  She enjoyed gardening, canning, cooking, dancing, singing, and driving fast!  She was into fashion, make-up, and big hair, and decorating for Halloween and Christmas was the highlight of the year.  She really liked to attend concerts, and Elvis Presley was her favorite music.
Gaylene was known as “Aunt Gwennie,” “Aunt GG,” or “Aunt Weenie” to all of her nieces and nephews and she made each of them feel like they were the most special!  She absolutely adored babies and her children and grandchildren were her most favorite!
She is survived by her husband, Russell, of West Valley City; children, Patti Nielsen, West Valley City; Sierra & Matthew Allred, both of Washington; step-children, Russell Jr., Marquessa, & Marqus Gilson; grandchildren, Kal-El, Emery, Maddox, Effie, Dreyah, Dracyn, Demarion; mother, Joan Potter, Myton; siblings, Cindy Baker, Wyoming; Colleen (Kevin) Rasmussen, Pleasant Valley; JoAnn Despain, Myton; and numerous nieces and nephews.
She was preceded in death by a daughter, Angela Allred; her father, Gail; and an infant granddaughter.
Funeral services will be held on Wednesday, March 30, 2022, at the Myton Chapel of the Church of Jesus Christ of Latter-day Saints.  There will be a viewing on Tuesday from 6-8 p.m. at the Hullinger Mortuary and on Wednesday from 10-10:45 a.m. at the church.
Burial will be in the Roosevelt Memorial Park.

To order memorial trees or send flowers to the family in memory of Gaylene Potter Gilson, please visit our flower store.