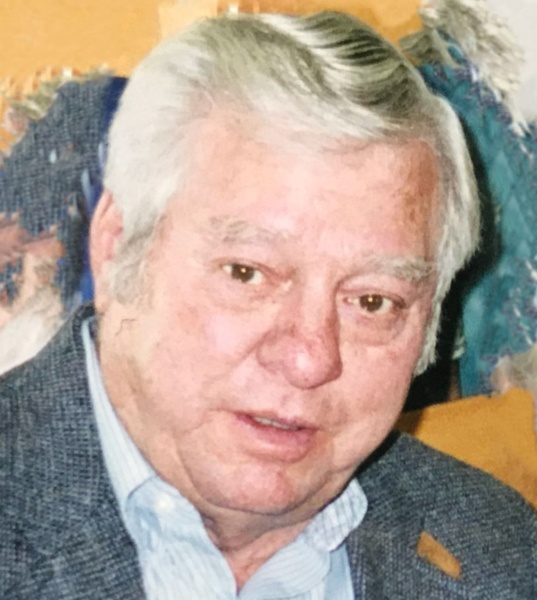 Gary Rodger Mullins, age 84, of Duchesne, passed away August 4, 2021, at the Uintah Basin Medical Center after a long illness.

He was born June 3, 1936, in Jenkins, Kentucky, to Clyde and Elizabeth V. Mullins.
Gary enlisted in the United States Army in 1953 when he was only 17 years old. He was in the 101st Airborne as a paratrooper and was honorably discharged in 1961.
He married Neola Hansen-Penrod in 1955, they had three children, Gary Roger Mullins Jr., Tamara Lee Al-Reshoud, and Teresa Penny Huber, they later divorced. He married Barbara Jean Taylor on June 23, 1973, in Elko, NV, Barbara had three children of her own, Tammie Jean Cleverly, Debbie Helen Blatt, Fred Garcia Jr. and together Gary and Barbara had Jeremias Brian Mullins they had a very “spicey” relationship. She passed away June 17, 2021.
Gary was an entrepreneur of many businesses. He enjoyed fishing, hunting, and anything outdoors, especially spending time in his brother’s apple orchard in Utahn. He was very family oriented and will be remembered for his big cook outs and Sunday dinners where he invited the whole family. He loved to tell stories, had a great sense of humor and was a character to the end!
Gary is survived by his children, Roger (Linda) Mullins, Washington; Tamara Lee Al-Reshoud, Taylorsville; Jeremias Mullins (Amanda Cayias), Duchesne; step- children, Tammy J Cleverly (Jeff Leos), Salt Lake City; Debbie (Raymond) Blatt, Salt Lake City; Fred (Maria) Garcia, AZ; many grandchildren and great-grandchildren; a brother, Ronny (Seneva) Mullins, KS; and numerous nieces and nephews.
He was preceded in death by his wife Barbara; daughter, Penny; parents; siblings, Bob, Betty Sue, and Pete Mullins.
He is loved and will be missed by many people.
Per his wishes, he was be cremated and a memorial service will be held at Patrecia Mullins’ Apple Orchard, 25844 w Hwy 35, Utahn, on Sunday, August 15, 2021, at 2pm.
Military Honors will be presented.
Condolences may be shared at www.hullingermortuary.com

To order memorial trees or send flowers to the family in memory of Gary Rodger Mullins, please visit our flower store.